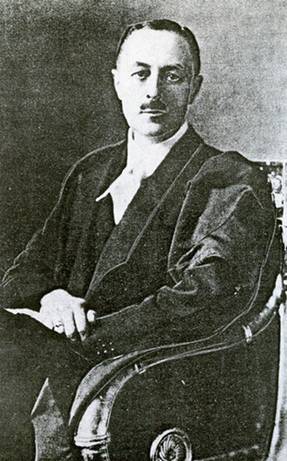 He was the son of Dmitri Nikolaevich Nabokov (1826–1904) and Maria Ferdinandovna von Korff. He was an uncle of the writer Vladimir Nabokov. Like Vladimir's other uncle on mother side, Vasily Rukavishnikov, he was gay. He was known as a man "indifferent to women". Konstantin Nabokov was a thin, prim, rather melancholic bachelor "with anxious eyes". He lived in London, in a club apartment with walls hung with photos of "some young English officers". Charg d'affaires at the Russian Embassy, he had time to publish his Notes of a Diplomat. After the February Revolution he deputized for the Ambassador. The "indifference to women" is the euphemism that Vladimir Nabokov uses for more exact definition "homosexuality", which comes out of the intimate relationship of Uncle Konstantin and Grand Duke Sergei Aleksandrovich who was a famous homosexual. According to Elena Chukovski, Konstantin Nabokov fell in love with Alexander Blok.

He started his diplomatic career in 1896. He was chargi d'affaires at the Russian Embassy in London from 1916 to 1917. He took over from Count Benckendorff as Russian Ambassador in London, when the latter died in 1917. In September 1919 he was forced to resign, although he continued to do very valuable work for the Russian community in the Russian Red Cross. He was sent to a diplomatic post in Norway, but returned to England in mid-1920, where he settled.