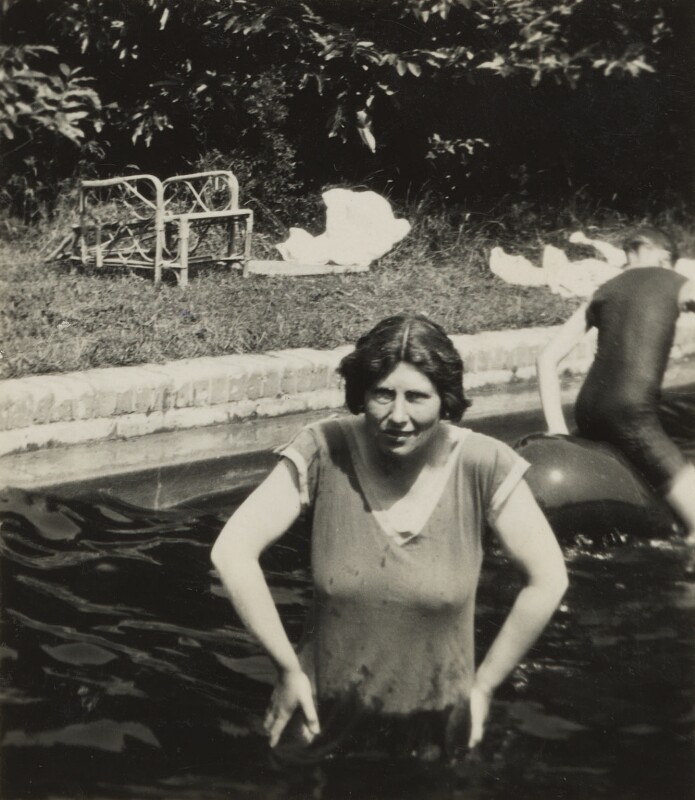 Karin Stephen, née Costelloe (1889–1953) was a British psychoanalyst and psychologist.

Karin Stephen was born Catherine Elizabeth Costelloe. Her mother, Mary Pearsall Smith (better known as Mary Berenson; 1864-1945) had been a Philadelphia Quaker, and her father, Benjamin Francis Conn Costelloe (1855-1899) a Northern Irish convert to Roman Catholicism.[1] The relationship between her parents was difficult, and her mother left her husband when Karin and her sister Rachel were very young. Her father died in 1899 when she was ten years old, so the sisters were then looked after by their grandmother. While at boarding school she won a scholarship for Newnham College, Cambridge.

Stephen went up to Newnham in 1907 but left after one year, due to various personal and health problems. She then spent a year at Bryn Mawr College where she began to study philosophy and psychology. In 1909 she returned to Newnham and received a First class degree in Moral Sciences in 1910.[2] In 1914 she became a Fellow at Newnham.

She married Adrian Stephen in 1914. The couple, as conscientious objectors, spent the war working on a dairy farm. They became interested in the work of Sigmund Freud and after the war, the couple trained as doctors in order to practice psychoanalysis. They went into analysis with James Glover and when he died, in 1926, Karin continued with Sylvia Payne. They both qualified in 1927 and she worked in a psychiatric hospital. Accepted as an associate member of the British Psychoanalytical Society in 1927, she became a full member in 1931.[5]

Stephen entered private practice as a psychoanalyst. She gave the first lecture course on psychoanalysis ever given at Cambridge University: the course of six lectures was repeated over several years, and formed the basis of her medical textbook Psychoanalysis and medicine.[6] She suffered from deafness and manic depression. After her husband died in 1948, her health deteriorated and she committed suicide in 1953.[5]

Her papers are held in the archives of the British Psychoanalytical Society.[8]