John James McNeill (September 2, 1925 – September 22, 2015) was ordained as a Jesuit priest[1] in 1959 and subsequently worked as a psychotherapist and an academic theologian, with a particular reputation within the field of Queer Theology.

John James McNeill was born in Buffalo in 1925,[2] and grew up in up-state New York. He served during World War II, but was captured and transported to a German prisoner-of-war camp near Leukenwald. This had an effect on his spirituality and in 1948 he entered the Society of Jesus; finally being ordained a Jesuit priest in 1959 by Cardinal Spellman of New York.[3]

He obtained a Ph.D. from the Catholic University of Leuven in Belgium in 1964. It was there that he fell in love with a man, later saying: "The experience of the joy and peace that comes with that — it was a clear indication to me that homosexual love was in itself a good love and could be a holy love". He went on to teach at LeMoyne College in Syracuse, NY and Fordham University in NYC. In 1972, he joined the combined Woodstock Jesuit Seminary and Union Theological Seminary faculty as professor of Christian Ethics, specializing in Sexual Ethics. He was a noted peace advocate during the Vietnam War.

In 1969 he played a part in the establishment of DignityUSA, an organization functioning both as a support and social group for LGBT and LGBT-accepting Catholics to worship together - founding a chapter in New York in 1972.[4]

In 1976, McNeill published The Church and the Homosexual, which challenged the Church's prohibition of same-sex activity. It was the first extended non-judgmental work about gay Catholics, a subject that had long been taboo in official church discourse. The book was the first attempt by a reputed scholar and theologian to examine and challenge traditional church teachings on sexuality and attitudes toward gay and lesbian Catholics. It argued for a change in Church teaching and that homosexual relationships should be judged by the same standard of heterosexual ones. It argued that a stable, loving same-sex relationship was just as moral, and just as godly, as a heterosexual one and should be acknowledged as such by church leaders. It has been credited with helping to set in motion the re-evaluation of the religious stance toward gay people.[5]

After an extensive review of the manuscript by a panel of theologians, the work received permission from McNeill's Jesuit superiors prior to printing and the Vatican imprimatur. It was translated into several languages. However, the following year the permission was retracted at the order of the Vatican, and McNeill was ordered by Cardinal Joseph Ratzinger not to write or speak further publicly about the issue of homosexuality. McNeill responded in a statement highlighting his concern that "gay men most likely to act out their sexual needs in an unsafe, compulsive way, and therefore expose themselves to the HIV virus, are precisely those who have internalised the self-hatred that their religions impose on them." He nevertheless observed the imposed silence for nine years while continuing his private ministry to gays and lesbian Catholics.[6] Two things eventually led him to speak out. Firstly, seeing the devastating effects of the AIDS epidemic after establishing an AIDS ministry alongside Mychal Judge, serving homeless people in Harlem. Secondly, the 1986 Vatican pastoral letter, "On the Pastoral Care of Homosexual Persons" issued by Cardinal Joseph Ratzinger. The document declared that homosexuality was "a more or less strong tendency ordered toward an intrinsic moral evil." McNeill condemned the letter in a statement issued to The New York Times and The National Catholic Reporter.[5]

In 1987, he received yet another order from Ratzinger directing him to give up all ministry to gay persons and remain silent on gay issues or face expulsion. An order, he said, he could not follow in good conscience. He was subsequently expelled from the Jesuit order after 40 years.[6] He remained nominally a priest but was not permitted to say Mass.

Nevertheless, McNeill remained respected among gay, lesbian, bisexual and transgender rights Catholics as well as others who looked to his scholarly writings to help them accept their own sexuality and defend themselves against what they viewed to be misguided church teachings. In 1987, he was the grand marshal of the New York City gay pride parade.[5] He continued to speak out against official Catholic teachings on matters of sexuality and in particular the harsh and "homophobic" teachings coming out of the Vatican.[6] McNeill himself was openly gay[5]

In 1998 he published his memoir, "Both Feet Firmly Planted in Midair: My Spiritual Journey." In 2012, a documentary entitled 'Taking A Chance On God' was directed and produced by Brendan Fay about his life. He spoke about having tried "with the help of the Holy Spirit to free gay Christians from the lies of a pathologically homophobic religion."[3] 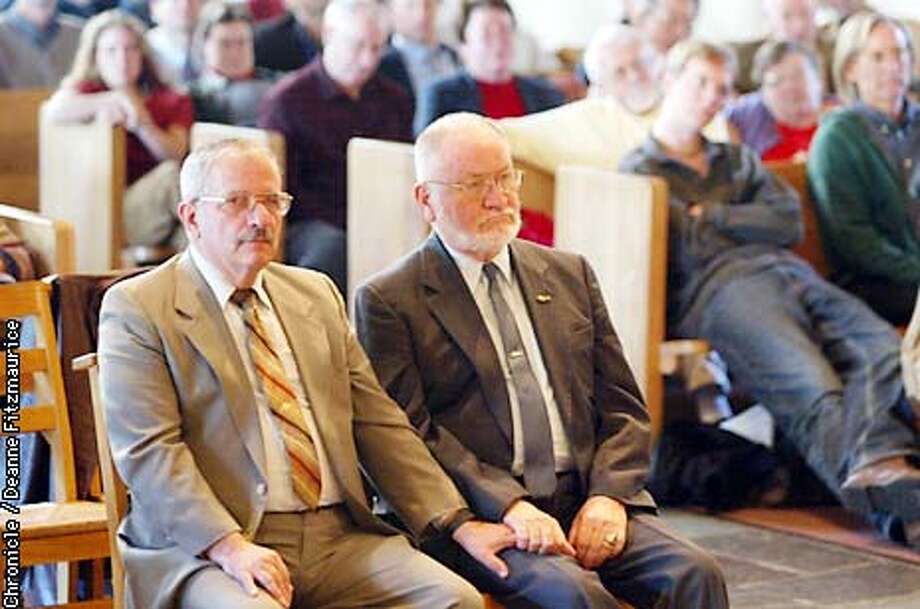