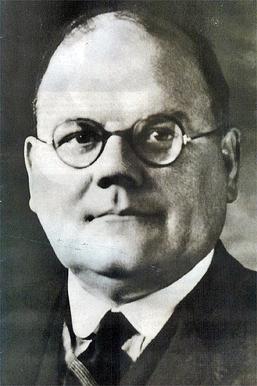 John Bodkin Adams (21 January 1899 – 4 July 1983) was a British general practitioner, convicted fraudster, and suspected serial killer. Between 1946 and 1956, 163 of his patients probably died while in a coma, so deemed to be worthy of investigation.[1] In addition, 132 out of 310 patients had left Adams money or items in their wills. He was tried and acquitted for the murder of one patient in 1957. Another count of murder was withdrawn by the prosecution in what was later described as "an abuse of process" by the presiding judge Sir Patrick Devlin, causing questions to be asked in Parliament about the prosecution's handling of events.[2] The trial was featured in headlines around the world[3] and was described at the time as "one of the greatest murder trials of all time"[4] and "murder trial of the century".[5] It was also described at the time as "unique" because, in the words of the judge, "the act of murder" had "to be proved by expert evidence."[3]

The police acquired a memorandum belonging to a Daily Mail journalist,[iv] concerning rumours of homosexuality between "a police officer, a magistrate and a doctor".[69] The "doctor" directly implied Adams. The 'magistrate' was Sir Roland Gwynne, Mayor of Eastbourne (1929–31) and brother of Rupert Gwynne, MP for Eastbourne (1910–24).[70] Gwynne was Adams's patient and known to visit every day at 9am. They went on frequent holidays together and had spent three weeks in Scotland.[71] The 'police officer' was the Deputy Chief Constable of Eastbourne, Alexander Seekings.[72]

The trial had several important legal ramifications. It established the doctrine of double effect, whereby a doctor giving treatment with the aim of relieving pain may lawfully, as an unintentional result, shorten life.[6] Secondly, because of the publicity surrounding Adams' committal hearing, the law was changed to allow defendants to ask for such hearings to be held in private.[7] Finally, although a defendant had not been required within recorded legal history to give evidence in his own defence, the judge underlined in his summing-up that no prejudice should be attached by the jury to Adams not doing so.[6]

Adams was found guilty in a subsequent trial of 13 offences of prescription fraud, lying on cremation forms, obstructing a police search and failing to keep a dangerous drugs register. He was struck off the Medical Register in 1957 and reinstated in 1961 after two failed applications.

Scotland Yard's files on the case were initially closed to the public for 75 years, and would have remained so until 2033.[8] Following a request by historian Pamela Cullen, special permission was granted in 2003 to reopen the files, and these have since been used by several researchers.