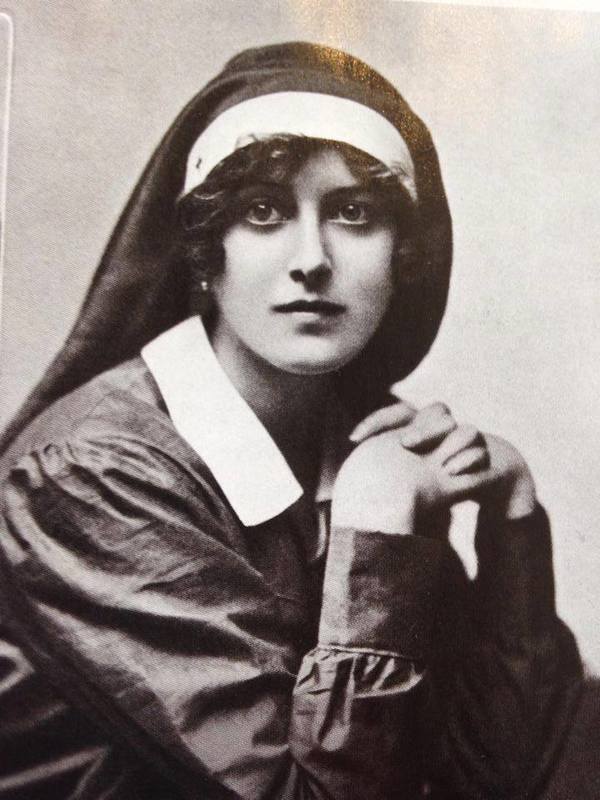 Joan Campbell (August 5, 1887 - July 18, 1960) was the Duke of Argyll's granddaughter. She formed a relationship with Pat Dansey. This relationship was to last a lifetime and took on the closeness of marriage. But it did nor preclude Pat's interest in other women.

On Vogue in October 1916, there was a portrait of Joan Campbell, stating that she had just left England for Red Cross work in France.

Campbell held the office of Justice of the Peace (J.P.). From the age of two, during the 14 years of his parents' bitter divorce and custody battle, Sir Ian Anstruther was mainly brought up at Strachur House in Argyllshire and Bryanston Square in London by his aunt Joan Campbell and her female companion, Pat Dansey. These women doted on him; but his mother, on discovering that he was with them rather than with his father, kidnapped him for six months, until winning him back at a court hearing. But eventually she gave him back to the aunt anyway. He was told that he had been sold back for £500. He thought, "Now I know what I'm worth." Joan Campbell left him her estates, including Thurloe Square, when she died.

Joan Campbell, living in smart Bryanston Square, claimed never to have visited her estate, or indeed any part of South Kensington. She had had little idea of how wealthy she was, and it came as a pleasant surprise to her nephew. He set about taking care of the estate, striving always to be delicate and tactful rather than dictatorial. He saw the estate as his heirloom, to be treasured like a precious jewel - which is why he was saddened when a law was passed giving leaseholders the right to buy. One by one, bits were sold off. But he got used to the idea.