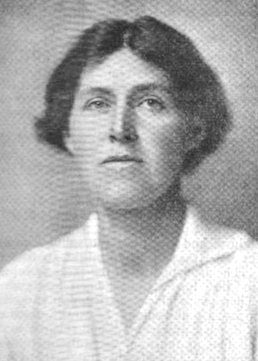 Dame Janet Mary Campbell, DBE, JP (5 March 1877 – 27 September 1954) was a British physician and medical officer. Active in refugee relief, Campbell assisted orphaned Basque children following the fascist bombings of the Basque region of Spain, particularly Guernica, during the Spanish Civil War. She became Hon Secretary and later Chairman of the Dartford Physical Training College, founded by the formidable Swedish Martina Bergman-Österberg, aunt of Dr Anna Broman. In 1907 she was the first full time woman medical officer for the Board of Education.

Janet Mary Campbell was born in Brighton on 5 March 1877, the daughter of George Campbell (1849 – 1943), a Scottish bank manager, and Mary Letitia Rowe (born in Gosport, 1853, died aged 38 in 1892). She attended Brighton high school and later went to Germany for some months; there she acquired a good knowledge of the language, which helped when pursuing a postgraduate course in Vienna. She earned her medical degree in 1904, after study at the London School of Medicine for Women.[1][2]

Campbell worked as a surgeon at the Royal Free Hospital[3] and the Belgrave Hospital for Children (one of the few London hospitals to employ women) early in her career. She served as Senior Medical Officer for Maternity and Child Welfare at the Ministry of Health[4] and, from 1907, Chief Woman Medical Adviser to the Board of Education.[1] She participated in the “vanishing for the vote” campaign of 1911, when she was living at 86 Campden Hill Court, Campden Hill.

She helped in preparing the 1923 Hadow Report, Differentiation of the curriculum for boys and girls respectively in secondary schools.[5][6] She took particular interest in maternal death,[7] vaccination,[8] and child protection. In 1927, she gave a course of lectures at the Kings College, London, on "Maternal Mortality", saying "We need more study and better investigation into the cause of this tragedy". She suggested subsidised midwifery services and postnatal clinics as two possible measures.[9][10] Campbell visited Australia in 1929, to consult on maternal and child health policy.[11][12] In 1934 she married and had to resign her civil service job.[11][13][14] In 1937, she assisted orphaned Basque children following the fascist bombings of the Basque region of Spain, particularly Guernica, during the Spanish Civil War.[15][16] In 1938, she chaired the Public Health Committee of the International Council of Women, presenting a report on malnutrition.[17] Campbell served on the Health Committee of the League of Nations. During World War II, she was a member of the War Cabinet's Committee of Women in Industry. Campbell was a founding member of the Medical Women's Federation, and served a term as the federation's president from 1944 to 1946.[13] She was a justice of the peace in Surrey and Gloucestershire.[1]

Campbell married Michael Heseltine, registrar of the General Medical Council, on February 16, 1934.[18] The marriage required her to give up her civil service position. He died in 1952. She died after a long and painful illness at a nursing home in Highgate in 1954, aged 77 years.[1][19]