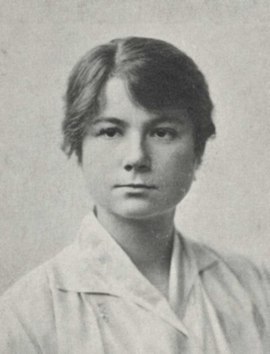 On 30 March 1896 Horner was born in Walthamstow in Essex, England. Horner was a first cousin once removed of the British Theravada monk Ajahn Amaro.[2]

In 1917, at the University of Cambridge's women's college Newnham College, Horner was awarded the title of a B.A. in moral sciences.[3][4]

After her undergraduate studies, Horner remained at Newnham College, becoming in 1918 an assistant librarian and then, in 1920, acting librarian. In 1921, Horner traveled to Ceylon (Sri Lanka), India and Burma where she was first introduced to Buddhism, its literature and related languages.[5] In 1923, Horner returned to England where she accepted a Fellowship at Newnham College and became its librarian. In 1928, she became the first Sarah Smithson Research Fellow in Pali Studies. In 1930, she published her first book, Women Under Primitive Buddhism. In 1933, she edited her first volume of Pali text, the third volume of the Papancasudani (Majjhima Nikaya commentary). In 1934, Horner was awarded the title of an M.A. from Cambridge. From 1939 to 1949, she served on Cambridge's Governing Body.

In 1942, Horner became the Honorary Secretary of the Pali Text Society (PTS). In 1943, in response to her parents' needs and greater PTS involvement, Horner moved to London where she lived until her death.[8] In 1959, she became the Society's President and Honorary Treasurer.

In 1964, in recognition of her contributions to Pali literature, Horner was awarded an honorary Ph.D by Ceylon University.[3][8]

In 1980, Queen Elizabeth II made Horner an Officer of the Order of the British Empire (OBE) for her lifelong contribution to Buddhist literature.[6][8]