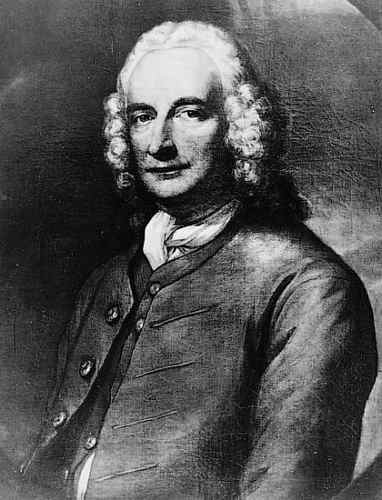 Henry Fielding (22 April 1707 – 8 October 1754) was an English novelist and dramatist known for his rich, earthy humour and satirical prowess, and as the author of the picaresque novel Tom Jones. Additionally, he holds a significant place in the history of law enforcement, having used his authority as a magistrate to found (with his half-brother John) what some have called London's first police force, the Bow Street Runners. Henry Fielding's younger sister, Sarah Fielding, also became a successful writer.[1]

In Henry Fielding's The Female Husband (1746), a highly fictionalised account of the female cross-dresser, May Hamilton, the heroine is first seduced into same-sex passion by a Methodist, Anne Johnson. A woman like Mary Hamilton, who was publicly whipped and sent to prison for ‘marrying’ three unsuspecting women – as described in Henry Fielding’s The Female Husband – was punished, not as a female sodomite, but as someone who had ‘by false and deceitful practices endeavoured to impose on some of his Majesty’s subjects’.

Martin C. Battestin explains that John, Lord Hervey was the original of Beau Didapper in Henry Fielding's Joseph Andrews (1742), suggesting that Hervey is also memorialized in Pope's "Epistle to Arbuthnot" as "Sporus, that "mere-white Curd of Ass's milk... This painted Child of Dirt that stinks and stings."