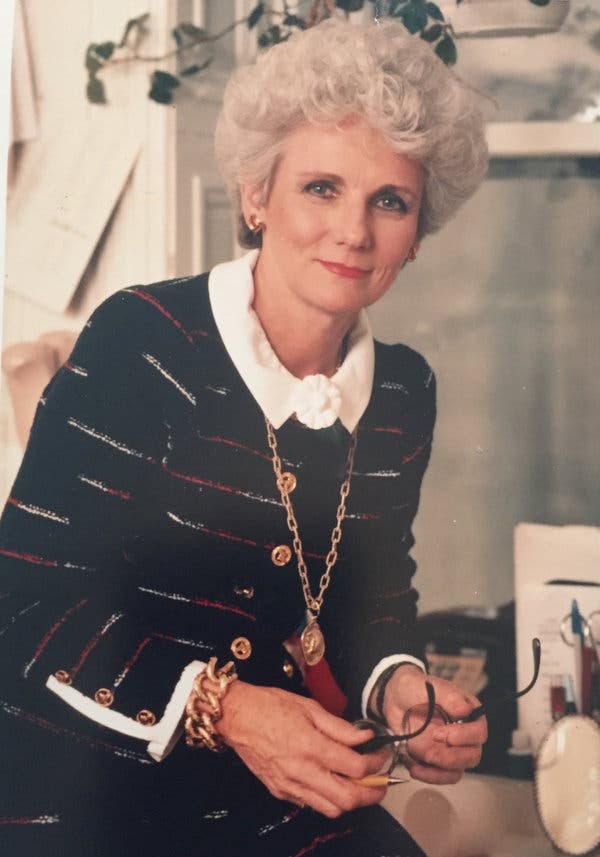 Helen O’Hagan (February 7, 1931 - June 13, 2020) nurtured a generation of fashion designers as the publicity director of Saks Fifth Avenue. Before Instagram and even before Fashion Week, before designers were mega-brands owned by global conglomerates, American women were introduced to the season’s new styles through the department-store trunk show, for which designers would travel the country to present their collections, meet their customers and take their orders. It was old-school retailing — intimate, hands-on hard work. O’Hagan met actress Claudette Colbert on the set of the 1961 film Parrish, and the two remained close friends until Colbert’s death in 1996.

Helen Wilken O’Hagan was born on Feb. 7, 1931, in Charleston. Her father, John J. O’Hagan, was an antiques dealer and insurance salesman. Her mother, Helen Wilken, was a homemaker who worked part time at a real estate office. In her childhood she got the nickname “Speedy” because she was always on the go and had something to accomplish, and accomplish she did! After high school, she attended the Dock Street Theater School and became their business manager for two years, learning the “in’s” and “out’s” of staging large events, which would become her life’s work.

As a teenager, Helen worked summers for a photographer known as One Shot Riley. After high school, she took acting classes at the local theater and, after discovering that she was “lousy at it,” in her words, she became the theater’s business manager.

She moved to New York in 1955 hoping to find work as a photographer — and perhaps as a model, until she was rejected by the industry doyenne Eileen Ford because, at 5 foot 3, she wasn’t considered tall enough. On a tip from a family friend, she was introduced to the publicity director of Saks at the time, the Southern-born Countess Grace de Mun (originally Grace Cuyler), who hired her as a press assistant.

The countess was fired three years later, and Sophie and Adam Gimbel, the store’s in-house designer and its president, took O’Hagan under their wing. (Mrs. Gimbel was renowned for her aversion to fads and body-baring clothing — “I don’t show the bosom, the stomach or the fanny,” she once declared. Nonetheless, she is credited with having popularized culottes.) 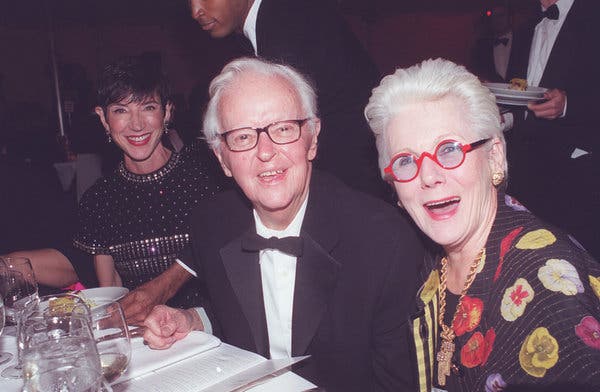 Ms. O’Hagan, right, with the journalist Amy Fine Collins and the designer Geoffrey Beene at the National Design Awards in Manhattan in 2002.

“I was a girl who hated fashion,” O’Hagan later said. “I grew to love clothes because of Sophie.”

It was through Mrs. Gimbel that O’Hagan met Colbert, whom Mrs. Gimbel dressed, along with other society figures of the day like Estée Lauder, Mary Benny (the wife of the comedian Jack Benny) and assorted Duponts, Dukes, Huttons and Phippses. The pair struck up what would become a two-decades-long friendship.

Starting in the 1960s, as the head of publicity for Saks, O’Hagan organized this mobile theater, all the while overseeing Saks’s expansion into cities like St. Louis, Tulsa, Okla., and San Francisco and accompanying designers like Bill Blass, Geoffrey Beene, Adolfo, Oscar de la Renta and Carolina Herrera as they crisscrossed the country.

In 1975, she became their Vice President, Director of Public Relations and Special Events.

While carving out a career at Saks, O’Hagan was living a glamorous life as the best friend and companion of the actress Claudette Colbert, after Colbert’s second husband died in 1968. Though Colbert was nearly 30 years older, the pair traveled together, entertained together at Colbert’s Barbados estate and shared an apartment at 945 Fifth Avenue.

Yet despite what many assumed, niece Helaine Christy said, their relationship was not a romance. “Helen was definite about that,” she said. “But they loved each other and made each other laugh. Helen was like the daughter Claudette never had.”

With her round red glasses and short silver hair, O’Hagan was a striking figure. She never lost her Southern accent or manners, which made her even more distinctive in her field, said Jaqui Lividini, who succeeded O’Hagan at Saks. “Women of her generation at her level tended to be polarizing,” Lividini said. “But everybody loved Helen.”

For designers like Mr. Blass and Mr. Beene, O’Hagan was a fixer, a cheerleader and a confidante. “I don’t think Mr. Beene made a move without calling Helen first,” Lividini said.

Ellin Saltzman, the store’s longtime fashion director, said O’Hagan “stood for Saks.” She certainly played all the parts. Saltzman recalled how O’Hagan would regularly photograph the European collections, muscling through the runway scrum in khakis and a fisherman’s vest, and then come back and show them in her Adolfo suit. “I was known as the mother of the photographers’ mafia at the shows in Europe,” O’Hagan told Women’s Wear Daily when she retired.

By all accounts, Colbert was not a woman who liked to be alone. When there were no guests at Bellerive, her Barbados estate, her maid slept in the bedroom next to hers. And when Colbert was in her first apartment in Manhattan, a one-bedroom rental at 945 Fifth Avenue, near East 75th Street, O’Hagan bunked on the sofa in the living room. In 1984, Colbert switched to a two-bedroom, and O’Hagan moved in, as Amy Fine Collins reported in a 2010 Vanity Fair article about the star.

“I was working at Saks and had to be in bed much earlier than Claudette,” O’Hagan told Fine Collins. “But if she saw that I had fallen asleep, she’d wake me up in order to talk. She needed somebody with her all the time. There was a 27-year age difference between us. So I was like her daughter. We were very lucky to find each other at that time in our lives.”

Fine Collins recalled O’Hagan as a dedicated keeper of Colbert’s legacy. “She knew Claudette’s story chapter and verse, year by year, film by film, wardrobe element by wardrobe element,” she said in an interview. “She idolized her and loved her dearly.”

In 1986, O’Hagan received the Chairman’s Award from Sak’s chairman, Mel Jacobs, who said, “She’s the conscience of the company. She’s the source of our roots. She’s played a crucial role in shaping Sak’s public image.”

In 1993, Colbert had a paralyzing stroke; the next year, O’Hagan took early retirement to care for her. When Colbert died in 1996 at 92 at her Barbados home, she left the bulk of her estate to O’Hagan.

But their relationship was not “what gave Helen cachet or a persona in the world,” Fine Collins said.

“What did that was her very important role at Saks,” she added. “She was a dynamo, one of those women fashion executives or journalists who were sometimes called fashion nuns because they were not married, had no children and devoted themselves to their work.”

O’Hagan was not exactly a fashion nun, Saltzman said. “She was a Saks nun. Clothes were not that important to her, but Saks was.” When she retired in 1994, after 39 years, she had directed the openings of 47 Saks stores.

In 1994, O’Hagan opened her own company, HOH Public Relations, and continued to serve as president of the company. She divided her time between residences in Charleston and New York.

She died on June 13, 2020, at her home in Charleston, S.C. She was 89. Her niece Helaine Christy, who confirmed the death, said she had been in declining health since she broke a hip in May.