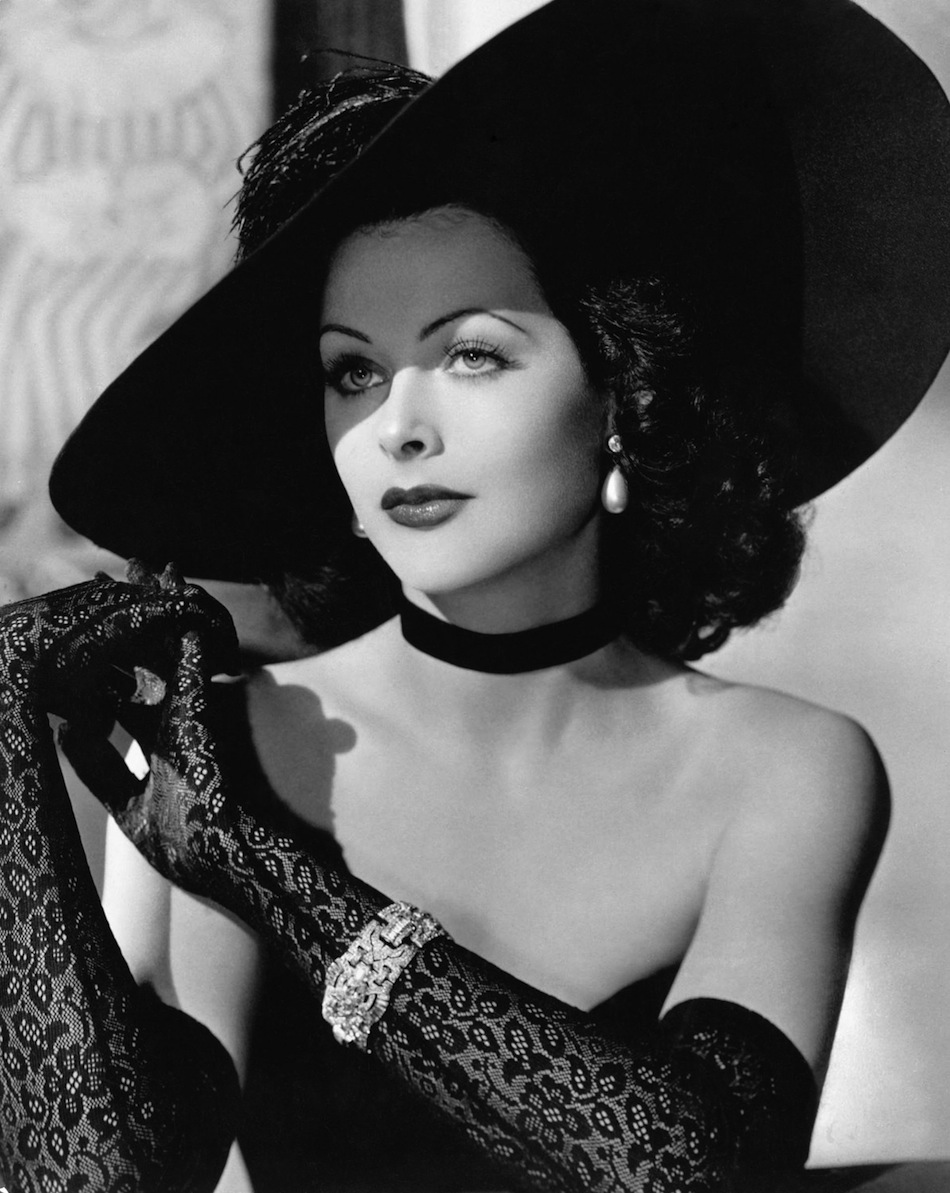 At the beginning of World War II, she and composer George Antheil developed a radio guidance system for Allied torpedoes that used spread spectrum and frequency hopping technology to defeat the threat of jamming by the Axis powers.[5] Although the US Navy did not adopt the technology until the 1960s,[6] the principles of their work are incorporated into Bluetooth technology and are similar to methods used in legacy versions of CDMA and Wi-Fi.[7][8][9] This work led to their induction into the National Inventors Hall of Fame in 2014.[5][10]

Following her sixth and final divorce in 1965, Lamarr remained unmarried for the last 35 years of her life.

Throughout, she claimed that James Lamarr Markey/Loder was biologically unrelated and adopted during her marriage to Gene Markey.[71] However, years later James found documentation that he was the out-of-wedlock son of Lamarr and actor John Loder, whom she later married as her third husband.[72] She had two more children with him: Denise (born 1945) and Anthony (born 1947) during their marriage.[73]