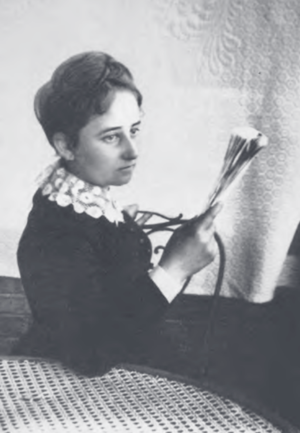 Hedwig Kym was the daughter of philosophy professor Andreas Ludwig Kym and Anna Biedermann. She grew up in Zurich, where she met in 1883 at the University of Meta von Salis, with which she then formed a lifelong friendship. At first they lived in von Salis' ancestral home, Marschlins Castle (now com. Landquart). Together with her, she fought for better educational opportunities and equal rights for women. [1] Both wrote for the Philanthropin, the magazine of the women’s association Fraternité. Then, Caroline Farner, Anna Pfrunder and her mother got arrested and Meta von Salis raged against the scheming of the senior judge Wittelsbach. She wrote the pleading also to prevent his re-election as judge. She was sentenced for this pleading, served the sentence and then sold the family property to settle in Italy together with Hedwig Kym.

From 1887 the two women were together, from 1904 they spent several years on Capri. Hedwig Kym accompanied Meta von Salis to Capri where they lived in the Villa Helios for six years. In 1910 edwig Kym married the Basle attorney Ernst Feigenwinter who had represented both Caroline Farner and Meta von Salis before the court.

Hedwig Feigenwinter-Kym lived in Basel with Feigenwinter and von Salis. Later she lived in Neerach. She published volumes of poetry and dramas,[2] but also articles for the magazine Die Philanthropin, edited by Caroline Farner. [3] Kym was one of the very first women to become a full member of a reading society, namely the Museum Society Zurich, in 1894. [4] 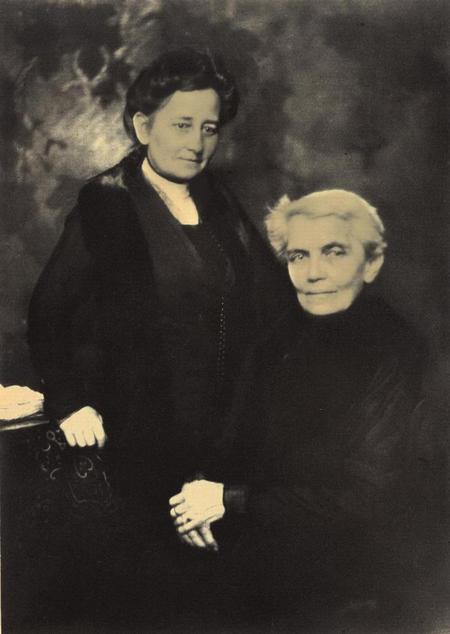