Harriot Sumner Curtis (June 30, 1881 – October 25, 1974) was an American amateur golfer and an early participant in the sport of skiing. She was also a longtime advocate for equal rights for African-American people.

From the Manchester, Massachusetts area, she was one of ten children. Her father, Brig. Gen. Greely Stevenson Curtis, was a colonel in the Union Army cavalry during the American Civil War. Her mother was Harriot Appleton. Her brother, James Freeman Curtis became a lawyer in New York City and was the Assistant United States Secretary of the Treasury under President William Howard Taft. She was born at the family estate "Sharksmouth" in Manchester, MA, and brough up at 28-30 Mount Vernon Street, a four-story, double brick house atop Beacon Hill. In the 1970s, a worn, but shiny, brass mail slot with the name "G.S. Curtis" still adorned the door. Harriot and three unmarried sisters lived there until their death. A fourth sister married portrait painter Charles Hopkinson.

Known to generations of Bostonians as "The Misses Curtis," their house, dating from around 1821, was "a focus of friendship, intelligence and countless good works," as an old friend, author Mark A. DeWolfe Howe, once put it. His daughter, Helen, in her book "The Gentle Americans," described them as a morally vigorous lot who firmly believed self-indulgence is a weakness and who "abounded in great-hearted and anonymous generosity toward the Causes in which they believed."

"We were always civic-minded, the girls more than the boys," Curtis declared in an interview in 1971, prior to her 90th birthday party at the Women's City Club of Boston. The club was founded by her older sister Fanny Curtis and Mrs. James J. Storrow, for whom Storrow Drive is named. The club is housed in the Beacon street mansion overlooking the Boston Common that the sisters' grandfather, Nathan Appleton, built in the early 19th century. It was there, in the beautiful second floor drawing room, that their mother's half sister, Fanny Appleton, married Henry Wadsworth Longfellow.

Harriot Curtis attended Mrs. Quincy Shaw's school on Marlborough street and Miss Folsom's school on Chestnut street. The latter was just around the corner from the Curtis manse, whose spacious backyard - known as the "C.B.Y." - was a sports area for Beacon Hill children, including hockey in the winter, baseball in the spring and soccer in the fall.

Following schooling, Harriot Curtis did social service work as "the bank lady in East Boston," where she encouraged thrift among school children by awarding them special stamps for the amount of money saved per week. Later, when the first Chelsea fire left thousands homeless, she helped relocate them. 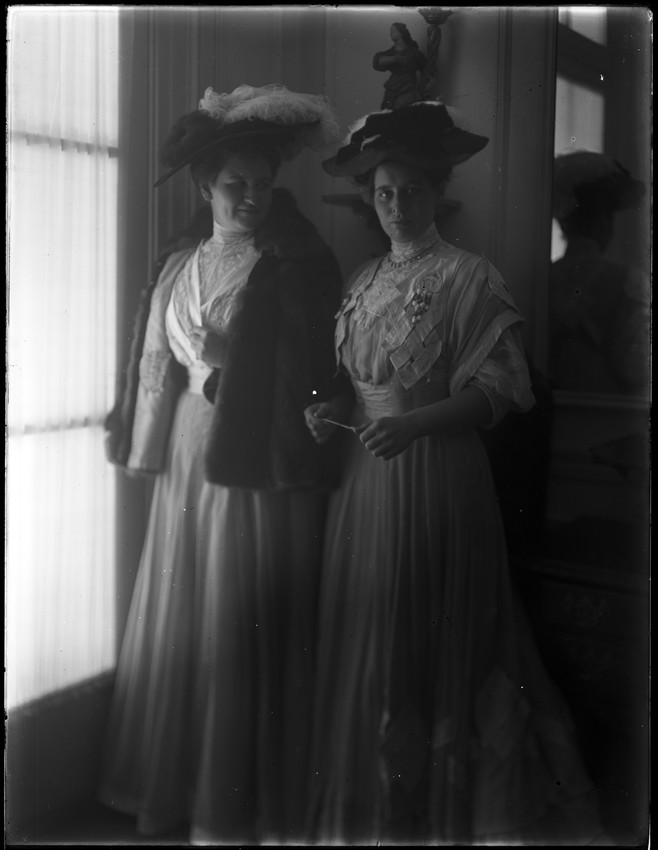 Her cousin, Laurence Curtis, who served as the second President of the United States Golf Association in 1897-98, encouraged the family to take up the game of golf. As a result, Harriot and her sister younger Margaret Curtis began playing golf at an early age. As young ladies they played out of the Essex County Club in Manchester and were members of the Women's Golf Association of Massachusetts. Founded in 1900, it the first state women's golf association in the United States.

In 1904, Harriot Curtis was a co-winner of the Medal given to the golfer who shoots the lowest score in qualifying rounds at the United States Women's Amateur Golf Championship. At the 1906 U.S. Championship, held at the Brae Burn Country Club near Boston, she defeated Mary B. Adams in the finals to win the title. In 1907 she met her sister Margaret in the final at the Midlothian Country Club, near Chicago. Her sister won the title and went on to win the Championship two more times, in 1911 and 1912. In 1908, Harriot Curtis set a record with the lowest score at the U.S. Championship but lost in the second round.

In 1905 the Curtis sisters and a number of other American women golfers made a visit to Britain to compete in the British Ladies Amateur Championship. They also played in an informal match between Britain and America a few days before the Championship. This visit led to four British women coming to the United States to compete in the U.S. Championship a few years later in 1909. One of the British women was that year's British Amateur champion Dorothy Campbell who won the U.S. title, becoming the first woman to hold both golf titles. Harriot Curtis was also National Champion in women's doubles in tennis.

In 1909, the Curtis sisters opened the East Boston Dispensary at 22 Chelsea St, Boston, MA 02128, an outpatient clinic to provide for the mostly Italian-American patients. By the mid-1930s, 40,000 patient visits were being recorded annually.

In the early 1920s, Harriot Curtis became fund-raiser for both Hampton Institute, Virginia, and Tuskegee Institute, Alabama. So successful was she that she was persuaded to serve as Hampton's dean of women. "I'd never gone to college, but I knew I could do it," she once explained. And she did, serving as Dean from 1927 to 1932. During her term as dean of women, Curtis discovered the soprano Dorothy Maynor, who was singing in the school choir. She arranged for her to sing for Serge Koussevitzky, then conductor of the Boston Symphony Orchestra.

Curtis also served for many years as New England secretary for the United Negro College fund campaign, which raised millions of dollars for the education of deserving African-Americans at 32 African-American colleges. She further helped support an experimental farm school in Greece and was active in other "Causes" sponsored by her sisters, Margaret, Isabella and Fanny. Fanny was on the Boston School Committee for 13 years and sought the nomination for mayor of Boston in 1925.

These "Causes" included the founding of the Women's City Club, of which Harriot was a charter member, and the founding of the Boston Center for Adult Education; a Chinese agricultural development; a better plumbing system on the north slope of Beacon Hill (Fanny Curtis took a course in plumbing at MIT in order to tell the Legislature exactly what was needed); the settling up of child health centers in Poland, Austria and Czechoslovakia; and the house-hold drive of the War Production Board during World War II.

In 1932, Margaret Curtis and her sister donated the Curtis Cup for the biennial golfing competition between the United States and Great Britain. Active in golfing matters for most of her life, in December 1955 the Women's Golf Association of Massachusetts established a tournament in her and her sister's honor. The trophy, known as "The Curtis Bowl," is a replica of the Curtis Cup.

She died in Manchester, Massachusetts, aged 93.