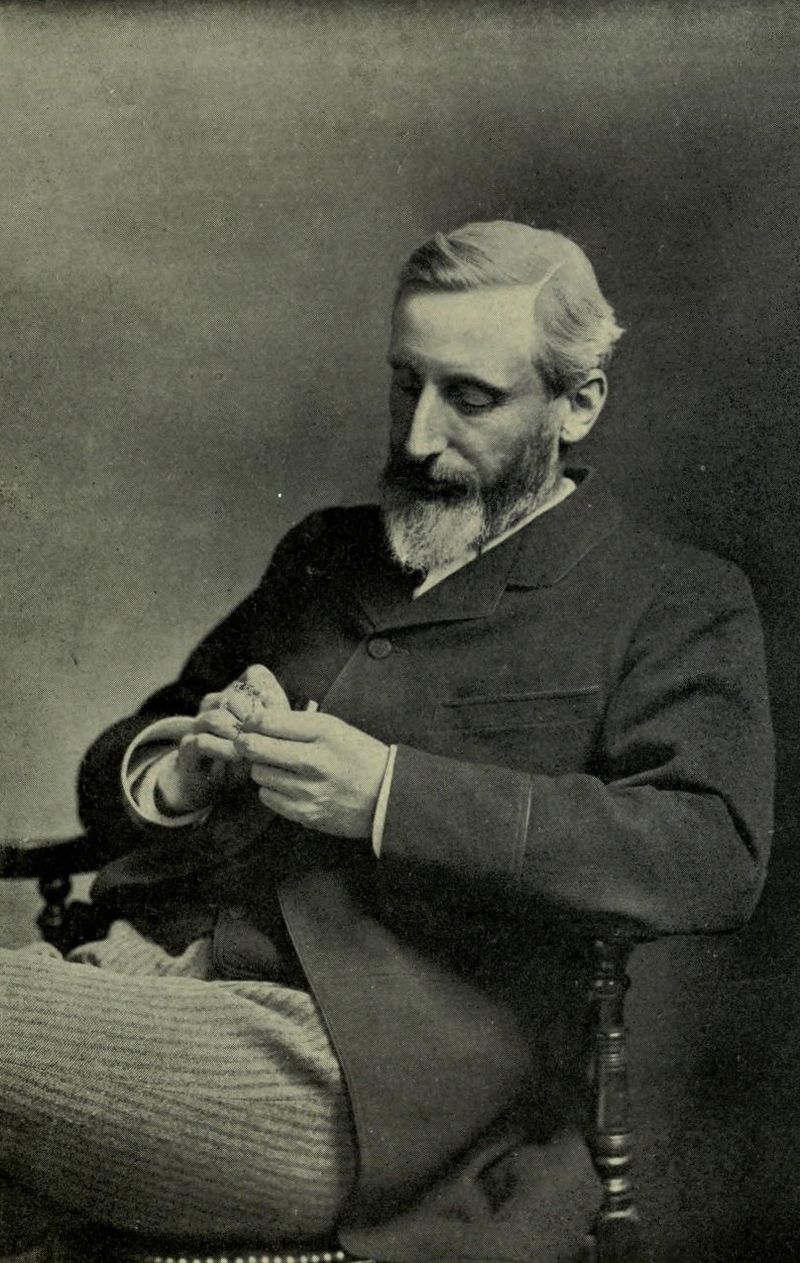 Charles Grant Blairfindie Allen (February 24, 1848 – October 25, 1899) was a Canadian science writer and novelist, educated in England. He was a public promoter of evolution in the second half of the nineteenth century.[1] In Grant Allen's novel, The Woman Who Did (1895), Herminia Barton has children out of wedlock.

Allen was born on Wolfe Island near Kingston, Canada West (known as Ontario after Confederation), the second son of Catharine Ann Grant and the Rev. Joseph Antisell Allen, a Protestant minister from Dublin, Ireland.[2] His mother was a daughter of the fifth Baron de Longueuil. Allen was educated at home until, at age 13, he and his parents moved to the United States, then to France, and finally to the United Kingdom.[3] He was educated at King Edward's School in Birmingham and at Merton College in Oxford, both in the United Kingdom.[4] After graduation, Allen studied in France, taught at Brighton College in 1870–71, and in his mid-twenties became a professor at Queen's College, a black college in Jamaica. Despite being the son of a minister, Allen became an atheist and a socialist.

After leaving his professorship, in 1876 he returned to England, where he turned his talents to writing, gaining a reputation for his essays on science and for literary works. A 2007 book by Oliver Sacks cites with approval one of Allen's early articles, "Note-Deafness" (a description of what became known as amusia, published in 1878 in the learned journal Mind).[5] Allen's first books dealt with scientific subjects, and include Physiological Æsthetics (1877) and Flowers and Their Pedigrees (1886) He was first influenced by associationist psychology as expounded by Alexander Bain and by Herbert Spencer, the latter often considered the most important individual in the transition from associationist psychology to Darwinian functionalism. In Allen's many articles on flowers and on perception in insects, Darwinian arguments replaced the old Spencerian terms, leading to a radically new vision of plant life that influenced H.G. Wells and helped transform later botanical research.[6] On a personal level, a long friendship that started when Allen met Spencer on his return from Jamaica grew uneasy over the years. Allen wrote a critical and revealing biographical article on Spencer that was published after Spencer's death. After assisting Sir W. W. Hunter with his Gazetteer of India in the early 1880s, Allen turned his attention to fiction, and between 1884 and 1899 produced about 30 novels. In 1895, his scandalous book titled The Woman Who Did, promulgating certain startling views on marriage and kindred questions, became a bestseller. The book told the story of an independent woman who has a child out of wedlock.[7] Owing to his concern with these subjects, Allen was associated with Thomas Hardy, whose novel Jude the Obscure (1895) was published the same year as The Woman Who Did. In his career, Allen wrote two novels under female pseudonyms. One of these, the short novel The Type-writer Girl, he wrote under the name Olive Pratt Rayner. Another work, The Evolution of the Idea of God (1897), propounds a theory of religion on heterodox lines comparable to Herbert Spencer's "ghost theory".[8] Allen's theory became well known and brief references to it appear in a review by Marcel Mauss, Durkheim's nephew, in the articles of William James and in the works of Sigmund Freud. The young G. K. Chesterton wrote on what he considered the flawed premise of the idea, arguing that the idea of God preceded human mythologies, rather than developing from them. Chesterton said of Allen's book on the evolution of the idea of God: "it would be much more interesting if God wrote a book on the evolution of the idea of Grant Allen".[9] Allen also became a pioneer in science fiction, with the novel The British Barbarians (1895) This book, published about the same time as H.G. Wells's The Time Machine (which appeared in January–May 1895, and which includes a mention of Allen[3][10]), also described time travel, although the plot is quite different. Allen's short story The Thames Valley Catastrophe (published December 1897 in The Strand Magazine) describes the destruction of London by a sudden and massive volcanic eruption.

Allen married twice, first to Caroline Ann Bootheway (1846–1871) and secondly to Ellen Jerrard (b, 1853) with whom he had one son, Jerrard Grant Allen (1878–1946), a theatrical agent/manager who in 1913 married the actress and singer Violet Englefield. They had a son, Reginald "Reggie" Grant Allen (1910-1985). Grant Allen's nephew, Grant Richards, was a writer and publisher who founded the Grant Richards publishing house. Allen encouraged his nephew's interest in books and publishing and helped him obtain his first positions in the book trade.[11] Richards was later to publish a number of books written by his uncle, including The Evolution of the Idea of God and those in the book series Grant Allen's Historical Guides.[12] Allen's nieces by marriage, novelist Netta Syrett, and artists Mabel Syrett and Nellie Syrret all contributed work to The Yellow Book.[13][14] In 1893 Allen left London for the hills around the Devil's Punch Bowl, enthusing on the advantages of the change of scene: "Up here on the free hills, the sharp air blows in upon us, limpid and clear from a thousand leagues of open ocean; down there in the stagnant town, it stagnates and ferments."[15]

Grant Allen died of liver cancer at his home on Hindhead, Haslemere, Surrey, England, on October 25, 1899.[16] He died before finishing Hilda Wade. The novel's final episode, which he dictated to his friend, doctor and neighbor Sir Arthur Conan Doyle from his bed, appeared under the appropriate title, "The Episode of the Dead Man Who Spoke" in the Strand Magazine in 1900.