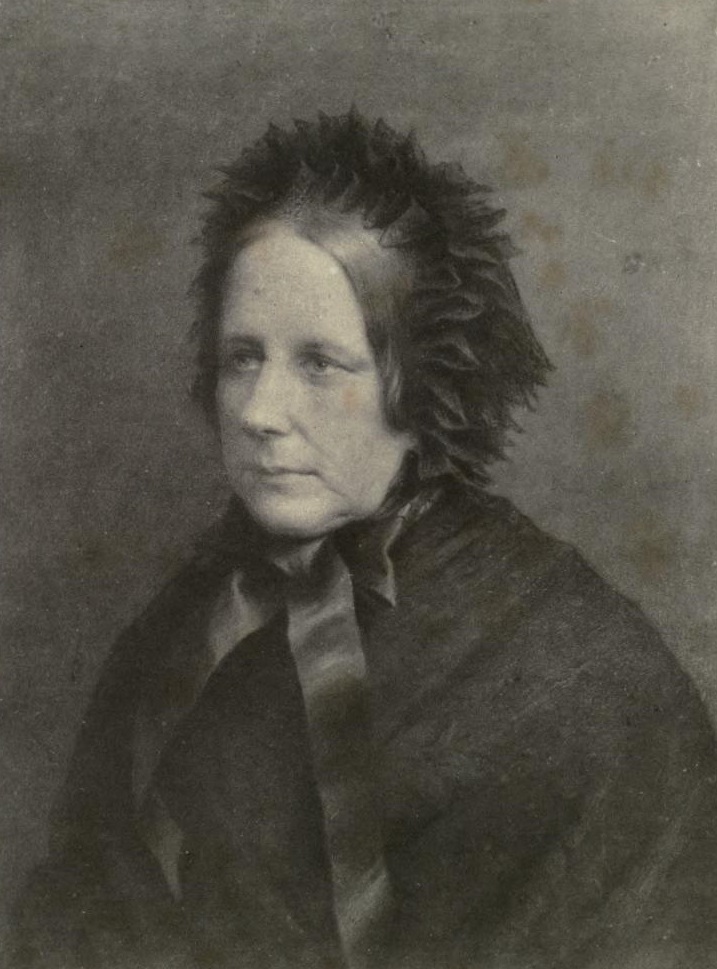 Georgiana Fullerton (September 23, 1812 - January 19, 1885) was an English novelist, philanthropist, biographer, and school founder. She was born into a noble political family. She was one of the foremost Roman Catholic novelists writing in England during the nineteenth century.[1] In her youth, Anne Isabella Thackeray Ritchie recorded in an 1854 journal entry how she “fell in love with Miss Geraldine Mildmay” at one party and Lady Georgina Fullerton “won [her] heart” at another.

Lady Georgiana Fullerton, born as Lady Georgiana Charlotte Leveson-Gower, was born at home in Tixall Hall, Staffordshire, England. She was the second daughter of Lord Granville Leveson-Gower, the first Earl of Granville, and Lady Harriet Elizabeth Cavendish.[2] She was baptized in the Anglican faith on 10 October 1812, in Tixall Hall,[3] where her family was staying at the time.

For many of her younger years, she resided in Paris, where her father served as the English ambassador.[4] While there she had occasion to take piano lessons from a young Franz Liszt.[5]

On 13 July 1833 she married embassy attaché Alexander George Fullerton, in Paris. She and her husband left Paris 8 years later, when her father retired from the embassy. They lived in Rome for a few years, where her husband converted to Roman Catholicism. She followed in his footsteps and was received into the Roman Catholic Church on Passion Sunday, 29 March 1846 in London.[4]

In 1855, her only son died at the age of 21,[4] overwhelming her with grief and throwing her and her husband into a permanent state of mourning. After the loss of her only son, she devoted herself to works of philanthropy and charity. In 1856, she adopted the Franciscan tradition by enrolling herself in the third order of St. Francis. A the time of the 1861 England Census, she, her husband, and eleven servants lived at 27 Chapel St in the fashionable St. George Hanover Square, Mayfair, London.[6]

The Fullerton residence in Sussex was the center of her charitable works, which include her efforts to bring the sisters of St. Vincent of Paul to England. In 1872, she assisted in the founding of Frances Margaret Taylor's school and religious community Poor Servants of the Mother of God Incarnate in which she served as the benefactor.

Three years later, she moved for the final time with her husband and eight servants to Bournemouth, into their home called Ayrfield, Gervis Road in which she passed away on 19 January 1885.[7] Her remains are in the Cemetery of the Sacred Heart, Roehampton. Following her death, Madame, Augustus Craven (née La Ferronays) published a work titled Lady Georgiana Fullerton, sa Vie et ses Œuvres, documenting Fullerton's philanthropic work.[2]

A Blue Plaque commemorating her charitable activities can be found on the Sacred Heart Church in Bournemouth.