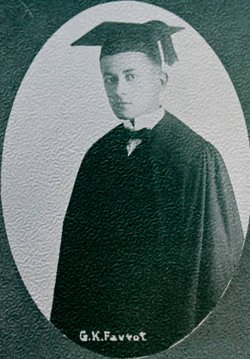 He was the son of George Kent Favrot (1868–1934) and Josie Holt (1873–1933). He was a graduate of Louisiana State University and was connected with newspapers in Baton Rouge and New Orleans among other cities. He was working as secretary for his father, a congressman, when he went to Paris to gather material for new stories. He died unexpectedly in Paris. His body was brought back to Louisiana.