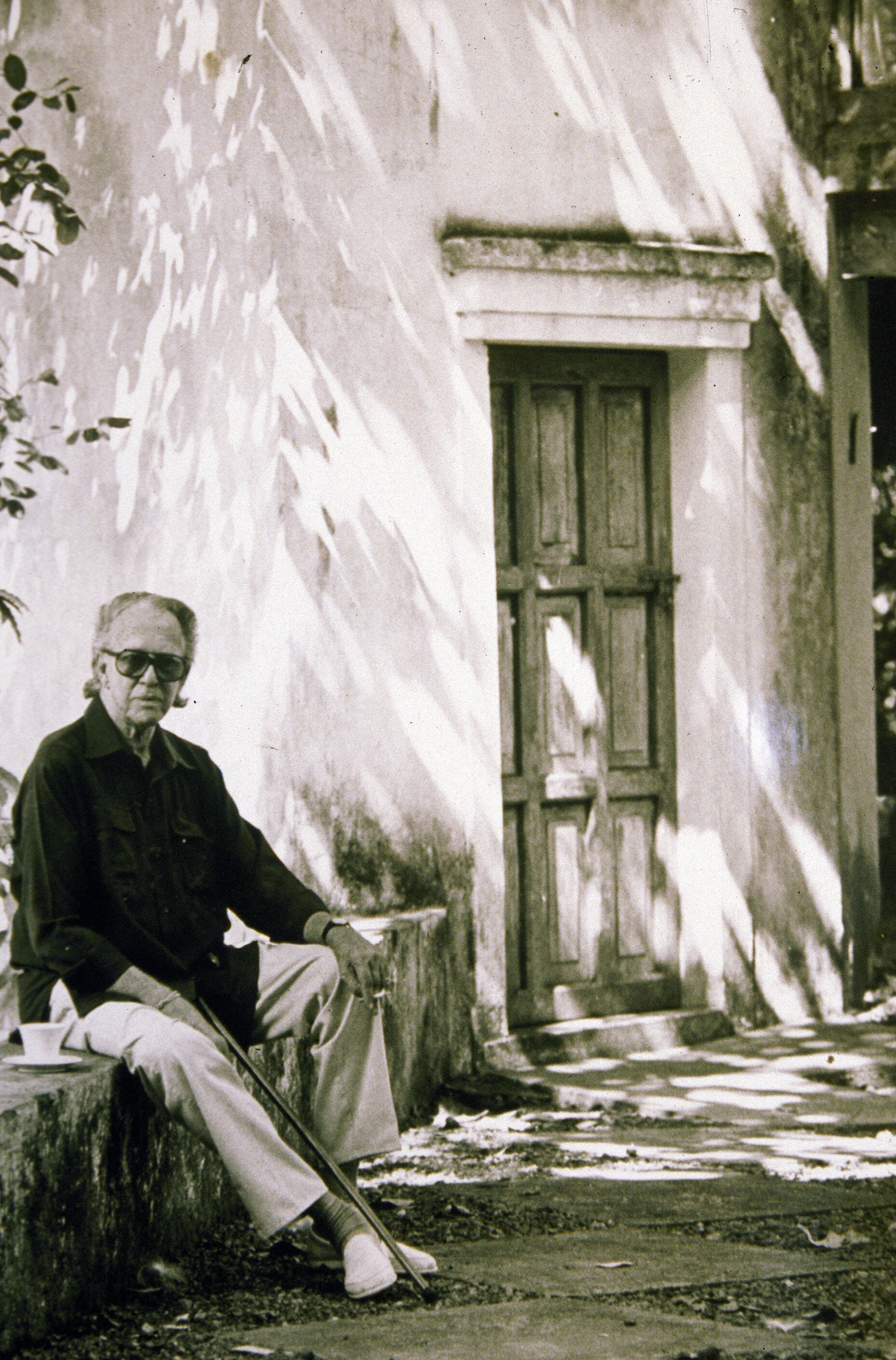 Geoffrey Manning Bawa, FRIBA (23 July 1919 – 27 May 2003) was a Sri Lankan architect. He was among the most influential Asian architects of his generation. He is the principal force behind what is today known globally as "tropical modernism".[1][2][3]

Geoffrey Bawa was born on 23 July 1919. His father was Justice B. W. Bawa a wealthy and successful lawyer, of Muslim and English parentage, and his mother, Bertha Marianne Schrader, was of mixed German, Scottish and Sinhalese descent. He had one older brother Bevis Bawa who became a renowned landscape architect.

He was educated at Royal College, Colombo after which he studied English and Law, 1938, at St Catharine's College, Cambridge gaining a BA (English Literature Tripos) and went on to study law at Middle Temple, London becoming a Barrister in 1944. Returning to Ceylon, after World War II, he worked for a Colombo law firm. After the death of his mother, he left the profession and soon left in 1946 to travel for two years, going to the Far East, across the United States, and finally to Europe and almost settling in Italy.[4] By the time he was 28 years old, he had spent a third of his life away from Sri Lanka. During his time in Italy, he planned to buy a villa and settle down, but that did not happen, and by 1948 he had returned to Sri Lanka. Bawa bought an abandoned rubber estate on the south-west coast of the island between Colombo and Galle at Lunuganga, planning to create an Italian garden from a tropical wilderness. However, he soon found that his ideas were compromised by his lack of technical knowledge. In 1951, he was apprenticed to H. H. Reid, the sole surviving partner of the Colombo architectural practice Edwards, Reid and Begg. In 1952 Reid died, but Bawa still aspired to a career in architecture, so he returned to England, after spending a year at Cambridge, he enrolled as a student at the Architectural Association in London. There he gained a Diploma in Architecture by 1956 and in the following year he became an Associate of the Royal Institute of British Architects. To this day he is remembered as the tallest, oldest, and most outspoken student of his generation at AA. In 1957, at the age of 38 he returned to Sri Lanka qualified as an architect to take over what was left of Reid's practice.[5]

Returning to Ceylon, he became a partner of Messrs. Edwards, Reid and Begg, Colombo in 1958. In 1959, Danish architect Ulrik Plesner joined the firm, and the two designed many buildings together in their distinct style, sometimes called "tropical modernism."

Geoffrey and his brother Bevis were part of a milieu of sophisticated homosexuals who were drawn to the idea of Ceylon as a place of beauty, sensuality and escape. Like the Maurice Talvande, Count de Mauny Talvande at Taprobane Island, the impetus for much of their work was the desire to create private arcadias within it.[6] Bawa's architecture is at one with the land: inside and outside blend seamlessly, and it is designed for the maximum pleasure of its inhabitants. He was influenced by colonial and traditional Ceylonese architecture, and the role of water in it, but rejected both the idea of regionalism and the imposition of preconceived forms onto a site.[7]

Plesner left the island in 1967.[8] Bawa became an Associate of the Sri Lanka Institute of Architects in 1960. An ensuing close association with a coterie of like-minded artists and designers, including Ena de Silva, Barbara Sansoni and Laki Senanayake, produced a new awareness of indigenous materials and crafts, leading to a post-colonial renaissance of culture.