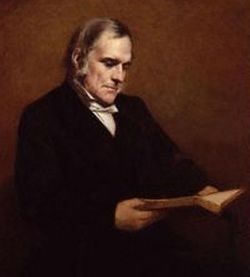 Prevented from graduation in law at Cambridge by his refusal to subscribe to the Thirty-nine Articles, the Anglican confession of faith, Maurice reversed his position by 1830 and attended Oxford. In the interim he had worked for several years in London as a writer and an editor for literary journals and in 1834 published his only novel, Eustace Conway. That same year he was ordained and soon afterward became chaplain at Guy’s Hospital in London. Elected professor of English literature and modern history at King’s College, Cambridge, in 1840, he became professor of divinity and accepted the chaplaincy at Lincoln’s Inn, the London academy of law, six years later. His reputation as a theologian was enhanced with the publication of his book The Kingdom of Christ (1838), in which he held the church to be a united body that transcended the diversity and partiality of individual men, factions, and sects. That view—subsequently regarded as presaging the 20th-century ecumenical movement—aroused the suspicions of orthodox Anglicans. Their misgivings were intensified in 1848, when he joined the moderate Anglicans Charles Kingsley, John Malcolm Ludlow, and others to found the Christian Socialist movement.

Opposition to Maurice progressed after his Theological Essays of 1853 revealed his disbelief in the eternity of hell, and that year he was dismissed from his King’s College post. Combining his skill as an educator with his interest in improving the status of workers, Maurice planned and became the first principal of the Working Men’s College (1854). He also organized cooperative associations among workers.

In 1860 Maurice left the chaplaincy at Lincoln’s Inn to serve St. Peter’s Church, where admirers of his preaching called him “the Prophet.” Elected to the Knightsbridge professorship of moral philosophy at Cambridge in 1866, he lectured on ethical subjects and wrote his celebrated Social Morality (1869). To this position, which he held until his death, he added the chaplaincy of St. Edward’s Church at Cambridge in 1870.

After World War II, considerable interest in his work revived, and, though some critics have viewed his teachings as dated and obscure, he remains a versatile and creative source for students of Christian Socialism. Noteworthy among his numerous works are Moral and Metaphysical Philosophy (1850–62), What Is Revelation? (1859), and The Claims of the Bible and of Science (1863).