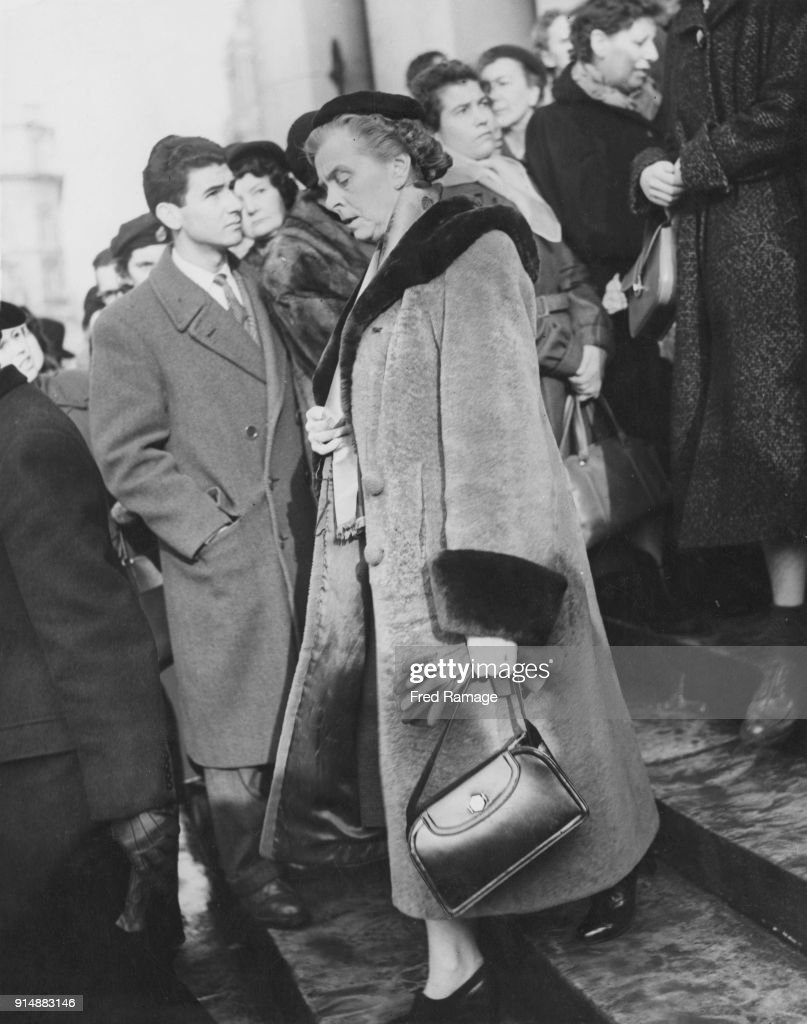 Freda Violet Lingstrom OBE (23 July 1893 – 15 April 1989) was a BBC Television producer and executive, responsible for pioneering children's programmes in the early 1950s. With her friend Maria Bird, she co-created Andy Pandy and The Flower Pot Men. Lingstrom lived in Chartwell Cottage, Mapleton Lane, Chartwell, near Westerham in Kent, with her close friend Maria Bird, co-creator of her TV characters;[3] both had lost fiancés in the First World War.[5]

Lingstrom was born in Chelsea, London, the daughter of George Lingstrom, a copperplate engraver, and Alice Clarey Anniss; her paternal grandparents were Swedish. She attended the Central School of Arts and Crafts and became an artist.

Lingstrom gained her first job at Alf Cooke's London works, where she worked fifteen months as a designer. Following periods at Carlton Studios and Norfolk, Lingstrom decided to work on her own. Beginning in 1922, her first clients were various railway companies including the London & North Eastern Railway, the Underground Group and the Norwegian state railway.[1] The Norwegian and Swedish government commissioned her to design Scandinavian travel propaganda for the English market.[2] She also wrote two novels, and a book, This is Norway, about the culture and history of that country.[3] Her skills as a graphic designer, illustrator and author led to her joining the editorial staff of a children's magazine, Junior, where she worked from 1945 until 1949.

IIn 1940, Lingstrom was hired by the BBC. In 1947, she became Assistant Head of BBC Schools Broadcasting, in which role she created the lunchtime programme Listen with Mother.[4] She was asked by Head of Television Talks, Mary Adams, if she could create a new programme for a new experimental slot that was to be aimed at very young children, to be called For The Very Young. Eventually, Lingstrom and Maria Bird set up Westerham Arts (named after the village Westerham, where they lived) to produce the first pre-filmed version of their creation, Andy Pandy.[5] Lingstrom and Bird wrote the scripts, whilst Bird composed the music. A chance meeting on a train introduced Lingstrom to Audrey Atterbury who was persuaded to study under puppeteer, John Wright, of the Little Angel Theatre in London. In June 1950, production began on Andy Pandy which began a trial broadcast of four live episodes on 11 July. After several episodes, Andy was joined by Teddy and Looby Loo (at the same time, Molly Gibson joined the small team to help Audrey perform with the puppets). The show was narrated by Vera McKechnie, a continuity announcer and presenter, and the songs were performed by Gladys Whitred, accompanied on the piano by Maria Bird (who also narrated a number of episodes).[6]

LLingstrom was appointed director of BBC Children's Television in 1951, and the following year the slot for pre-school children was renamed Watch with Mother. Westerham Arts eventually created four different programmes for weekdays with The Flower Pot Men, The Woodentops, and Rag, Tag and Bobtail. Picture Book was also commissioned so that there was a different programme for each weekday.[5]

LLingstrom was responsible for commissioning a wide range of programmes including much high-quality drama as well as entertainment programmes such as Crackerjack and those featuring Harry Corbett and Sooty.[4] She gave Johnny Morris his first TV appearances as The Hot Chestnut Man (1953–1961).[7] Her policy was in the tradition of Lord Reith, thus her programmes were aimed at education as much as entertainment, and she strongly resisted cartoons and imported programmes. Although the programmes were widely approved of by adults, the launch of ITV in 1955 soon made it clear that many children wanted something different, and the ratings for the BBC's children's programmes plummeted over the following year, when Lingstrom was replaced as Head of BBC Children's Television by Owen Reed. In retrospect Lingstrom's programmes have been seen as "cosy and slightly over-protective in tone",[4]

After the BBC she continued to write books for children and on art criticism.[4] She died at her home in Chartwell in 1989, aged 95.[3] Her estate still controls the rights to Andy Pandy and The Flowerpot Men.[4]