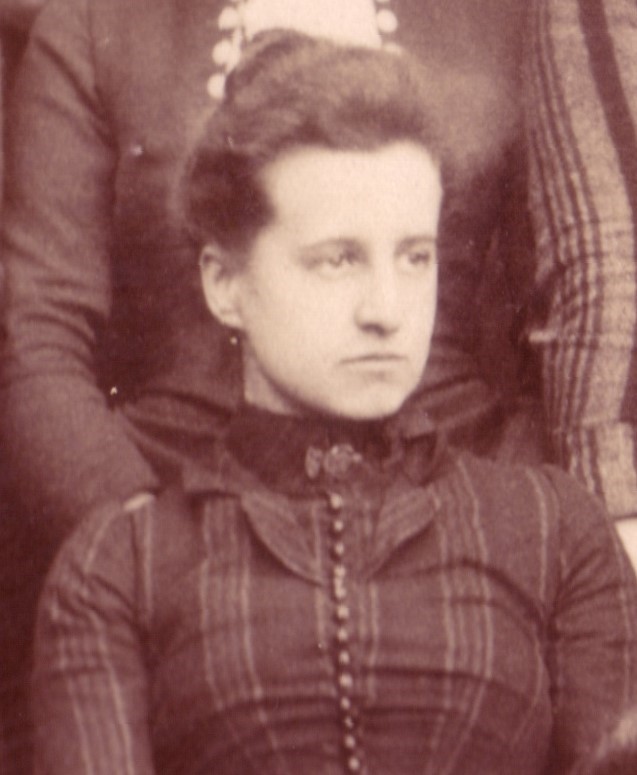 Frances Hardcastle (13 August 1866 – 26 December 1941) was an English mathematician, in 1894 one of the founding members of the American Mathematical Society.[3] Her work included contributions to the theory of point groups.[4] Dr. Ethel Williams’ lifelong companion was the mathematician Frances Hardcastle. Williams and Hardcastle built a house by the Northumberland moors at Stocksfield in which they spent their retirement and where census records showed they lived with two domestic servants and a personal secretary in a grand beautiful house with large gardens.

Frances Hardcastle was born at Writtle, Essex, on 13 August 1866, the eldest of eight children of Henry Hardcastle (1840–1922), graduate of Trinity College, Cambridge, a barrister, and director of a brewery. Her mother was Maria Sophia Herschel (1839–1929), seventh child (fourth daughter) of the astronomer, mathematician, and chemist Sir John Herschel.[4] She was educated at Girton College (Tripos Part I 1891 & Part II 1892), and obtained a Certificate in Mathematics.[4][8] In 1892, she went to the University of Chicago for a year as an honorary fellow, then spent another year at Bryn Mawr College studying under Charlotte Scott. While at Bryn Mawr she was president of the Graduate Club and translated Felix Klein's book On Riemann's Theory of Algebraic functions and Integrals. In 1895, she recommenced postgraduate studies at Cambridge, and within a few years had published several papers on point-groups. She earned a BA degree from the University of London in 1903.[4] Trinity College Dublin awarded her an MA (ad eundem) in 1905.

Hardcastle was one of 156 British women who publicly supported the aims of the International Congress of Women, held in The Hague in April 1915. These aims were, "1. To demand that international disputes shall in future be settled by some other means than war," and "2. To claim that women shall have a voice in the affairs of nations."[9] Until 1909, she was an Honorary Secretary of the National Union of Women's Suffrage Societies (NUWSS), under Millicent Fawcett and can be seen to sign a letter written in 1908 to The Times, stating her disagreement with militant methods taken by suffragettes. Her role highlights many of the tensions within the movement head on and another example can be found in archive material showing her dealing with difficult correspondence with Scottish suffragists wishing to split and create their own division. .[10] Hardcastle was the lifelong companion of Dr Ethel Williams, a physician, Justice of the Peace, feminist, and social reformer.[11] Frances and Ethel travelled together to Zurich in 1919 and can be seen photographed sitting together in the famous photograph of the British delegates. She died at the Royal Hotel, Cambridge, on 26 December 1941, when her home address was stated as Low Bridges, Stocksfield, Northumberland, and left a substantial estate valued at £4,400. Probate was granted to Ethel Williams and Mabel Annie Burnip.[2]