Frances Crane Lillie (August 30, 1869 - February 2, 1958) was a philanthropist who donated extensively to the University of Chicago. Ellen Gates Starr was among Lillie's dearest friends and Lillie helped found Hull House.

Frances Crane was the daughter of Richard Teller Crane, a Chicago capitalist and manufacturer who created a huge national business empire built on metal and ceramic products such as lightning rods, railroad equipment, valves, and plumbing fixtures. His great fortune catapulted his family into the city's upper echelons and made his daughter Frances Crane a wealthy woman. Frances's political radicalism and her unorthodox religious beliefs, however, embarrassed her father and made her the black sheep of the family. Her participation in the International Ladies' Garment Workers Union strike of 1915 outraged the other Cranes (with the exception of her older brother Charles), as did her adoption of a mystical Catholicism, tinged later in life with elements of Zen Buddhism.

However embarrassing her family found such behavior, it proved attractive to Frank Lillie (1870-1947), a student of Charles O. Whitman, the eminent University of Chicago zoologist and director of the Marine Biology Laboratory at Woods Hole, Massachusetts. In 1896, Frank Lillie and Frances Crane were married. After initial academic appointments at the University of Michigan and Vassar, the Lillies moved to Chicago in 1900 when Frank was offered an assistant professor position in the Department of Zoology. When Whitman died in 1910, his protégé Lillie replaced him as chair of the department, a position that he held until he was appointed the first Dean of the Division of Biological Sciences in 1931.

Frank and Frances Lillie divided their gifts along the fault line of their personal priorities—Frank supported scientific research on campus, while Frances's gifts to the University typically went to the Library. When asked by Library officials if she knew anyone who would buy a collection of books relating to English religious history for the Library, Mrs. Lillie gladly donated the necessary funds. Continuing an interest begun during the Harper administration, her older brother Charles Crane also made numerous contributions to the University, with the bulk of his donations designated for programs in Russian and Slavic studies. 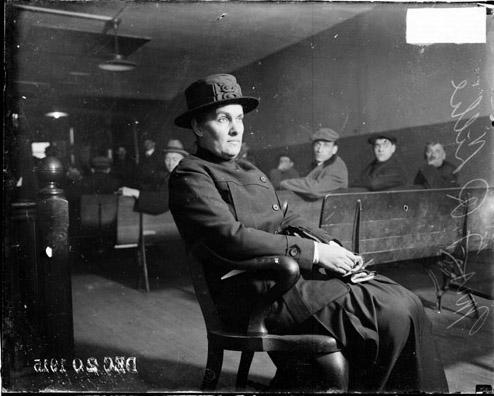 As Chairman of the Department of Zoology, Frank R. Lillie was responsible for the couple's most conspicuous donation to the University of Chicago, the construction of the Whitman Laboratory of Experimental Biology. According to a budgetary analysis done in 1925, the Lillies' initial donation of $60,000 in 1924 was insufficient to meet the full costs. Undeterred, the couple added more than $30,000 to their pledge, $4,000 of which went toward equipping the building. To this very substantial gift, the Lillies then added others. Beginning in 1907, they contributed funds for research trips and projects of faculty colleagues. Their final gift to the University, presented by Mrs. Lillie in 1938, was Crane and Company stock worth $10,000 to be used as the basis of an endowment in support of a cooperative nursery on campus.