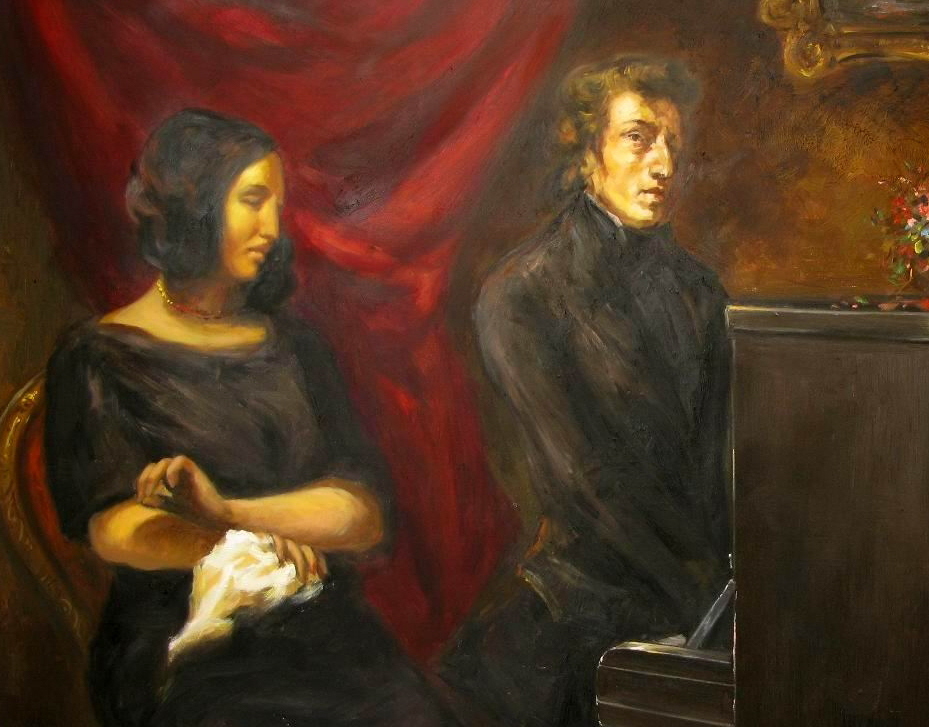 Frédéric François Chopin (1 March 1810 – 17 October 1849) was a Polish composer and virtuoso pianist of the Romantic era who wrote primarily for solo piano. He has maintained worldwide renown as a leading musician of his era, one whose "poetic genius was based on a professional technique that was without equal in his generation."[1]

When he was a teenager, Chopin wrote letters to a male friend who had been a boarder at the school Chopin’s father ran in Warsaw. “Give me your lips, dearest lover. I’m convinced you still love me, and I am as scared of you as ever,” one missive reads. And: “Today you will dream that you are embracing me! You have to pay for the nightmare you caused me last night!” In "Fryderyk Chopin, A Life and Times," Alan Walker allows for the possibility of a “passing homosexual affair” between the two men but considers it “far more likely” that Chopin’s fervent letters were the result of “psychological confusion.” Later Chopin would be romantically linked with women but his only lasting relationship was with George Sand. For most of its nine years their relationship was conducted in separate bedrooms, their lack of relations an open secret.