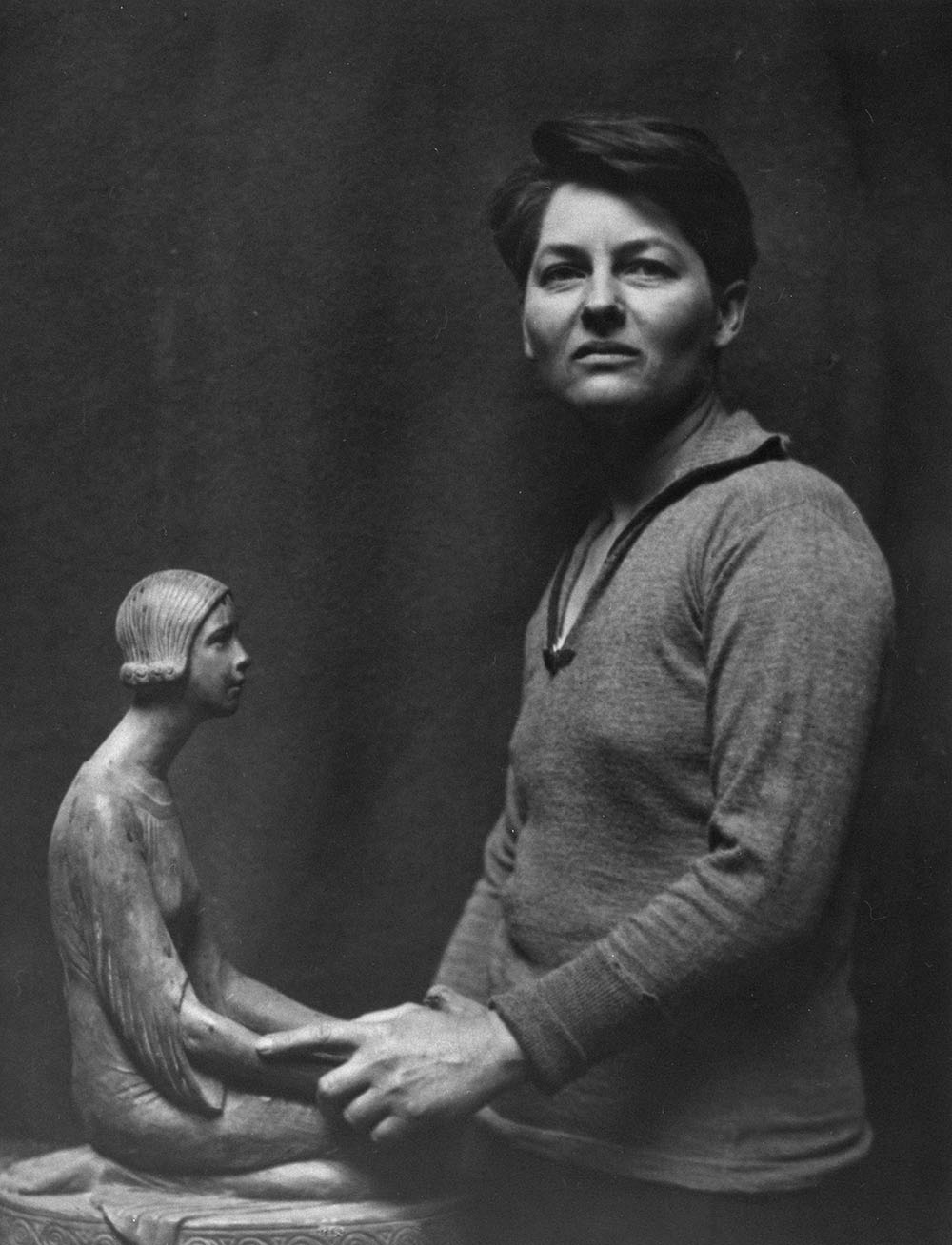 Florence Wyle, sculptor (born 24 November 1881 in Trenton, Illinois; died 14 January 1968 in Newmarket, ON). Founding member of the Sculptors Society of Canada and recipient of the Coronation Medal for her contributions to Canadian art, and the first woman accorded full membership in the Royal Canadian Academy of Art, Florence Wyle was regarded as one of the finest figurative sculptors in Canada of her time.

Growing up in Illinois, Wyle originally intended on becoming a physician. Instead, she ended up enrolling in the Art Institute of Chicago, where she met her life partner and collaborator, Frances Loring. The couple moved to New York City’s Greenwich Village in 1909, and in 1913 relocated to Toronto. In Canada, Wyle befriended members of the Group of Seven and eventually sculpted busts of A.Y. Jackson and F.H. Varley. Reclusive, she was happiest working quietly in her studio in the converted Toronto church that she shared with Loring for nearly 50 years.

Wyle was influenced by classical Greek sculptors and she excelled at portraits, small figurative sculptures and public monuments. Her premedical studies in Chicago gave her a profound respect for anatomical perfection that was evident in her work. 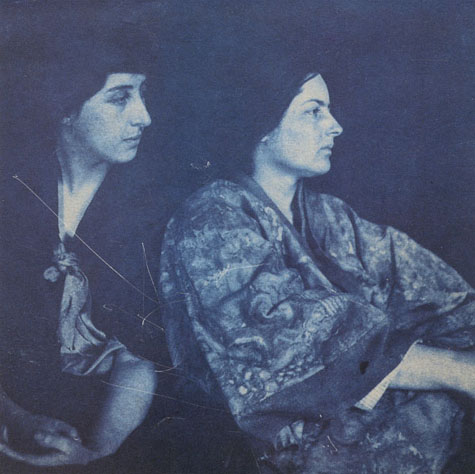 At the end of the First World War, Wyle and Loring were commissioned by the Canadian War Memorials Fund to create sculptures depicting life on the home front. On the Landem (1918), for instance, has a woman donning a headscarf leaning in as she digs with a shovel. Though a sculpture depicting manual labour, and indeed a form of labour traditionally associated with men, Wyle’s treatment of her subject reflects her femininity through the elegant curve of her forearm beneath a rolled up sleeve, her slender leg and the soft features of her face. Munitions Worker (1918) has a woman wearing a worker’s cap and baggy clothes leaning back as she carries a load. In this sculpture, the woman’s relatively small, slender body seems strained by the weight she is carrying, but the expression on her face is stoic and determined.

Wyle also created sculptures of women that are frankly erotic. Sun Worshipper (1916), for instance, is a bronze of a nude woman arching back, one hand on her breast and the other extending toward the sun. Torso (1930), on the other hand, is a more explicit tribute to the classical sources she loved: an elegantly carved marble of the torso of a beautiful woman, perfectly proportioned and serene. While Loring was fond of working on monumental projects — Wyle once said that Loring didn’t like a project unless it involved a ladder — Wyle’s public commissions tended to be more intimate. Her 1921 monument to the British First World War nurse Edith Cavell, who was executed by the Germans in 1915, is a simple bronze relief showing Cavell holding the hand of a bowed, limping soldier, another infantryman grimly marching behind her. Mother and Child (1947), commissioned by the Canadian Mothercraft Society and installed on Heath Street in Toronto, is a simple sculpture of a mother and child, carved directly from rough block ofstone. The mother gently presses the child’s chubby arm to her heart and gazes down lovingly.

Also a poet (Poems, , 1958), her lyrics reflected her love of nature. As a founding member (1928) of the Sculptors' Society of Canada, she fought for the recognition of Canadian sculpture and was the first woman sculptor accorded full membership in the Royal Canadian Academy of Arts. In 1953, she received a Coronation Medal, granted by Queen Elizabeth II in honour of her coronation.

Both Florence Wyle and Francis Loring died in 1968, and both included provisions in their wills for the proceeds of the sale of their work to be donated to a fund set up to purchase the work of young sculptors and have the work exhibited in public galleries across Canada. The fund has had a significant impact on sculpture in Canada.