Eve’s Hangout was a popular after-theater club run by Polish-Jewish lesbian émigré Eva Kotchever (real name Chava Zloczower/Czlotcheber, (1891 – December 17, 1943)) from 1925 to 1926 at 129 Macdougal St, New York. It closed when she was convicted of obscenity and disorderly conduct, which resulted in her deportation.[1] She settled in Paris, where she befriended (and sold the books of) a number of local and visiting literati, including Henry Miller and Anaïs Nin. After the Nazi invasion of France, Adams fled to Nice, but was deported to Auschwitz on December 17, 1943, and murdered there.

Eva Kotchever was born in 1891. She was a personal friend of Emma Goldman. She and her partner Ruth Norlander sold Mother Earth, The Masses, and other radical papers around the U.S.; later they ran a gay-friendly anarchist café in Chicago called The Gray Cottage, where “the ideology of libertarian socialism was foregrounded”. 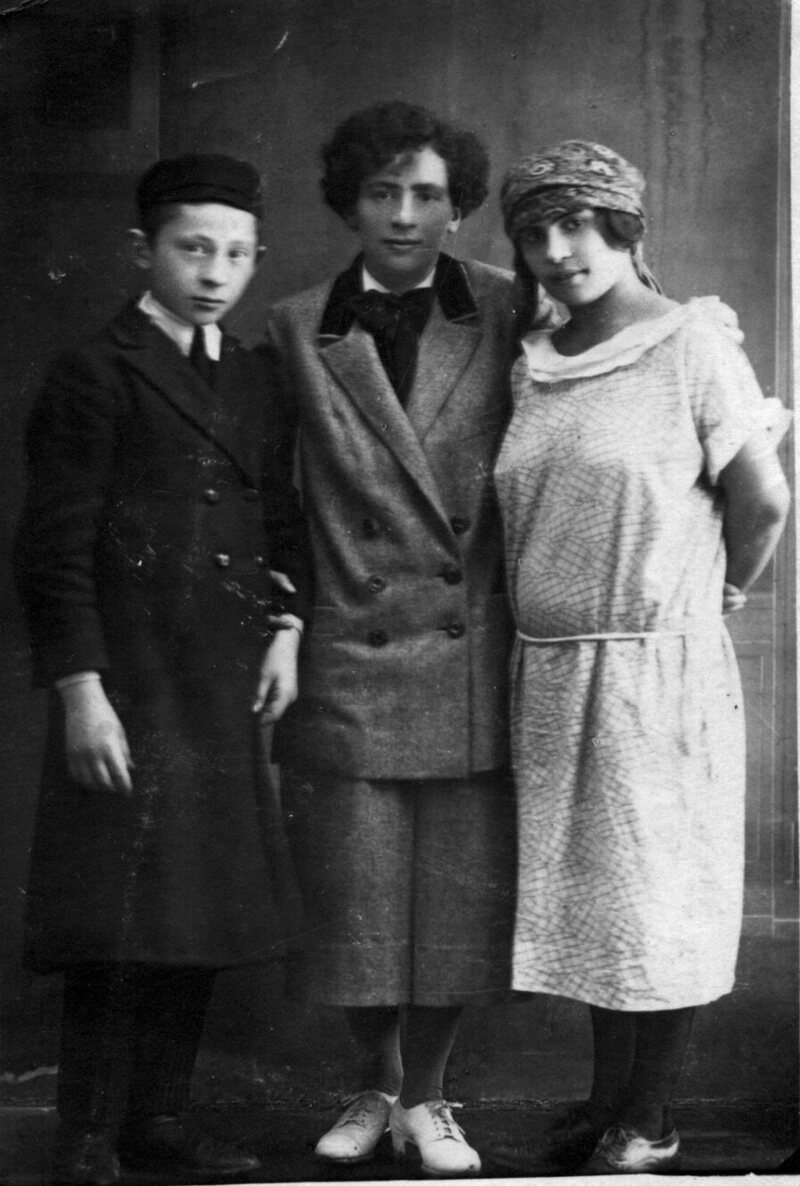 Eve Adams with her siblings in 1925. Courtesy of Eran Zahavy (Zlocower)

Later she moved to New York City and opened Eve’s Hangout also known as Eve Addams’ Tearoom, a lesbian speakeasy and tea room, in 1925 and on the outside she put a sign that read: "Men are admitted but not welcome."[1][2]

She was convicted of obscenity for her collection of short stories Lesbian Love and for disorderly conduct after a female undercover police detective entered Eve’s Hangout and was shown the book. They said Kotchever made overt sexual advances to the police woman. After a year in a workhouse, she was deported in 1926.[1][2]

She ran a club and bookstore in Paris and then, in the 1930s, joined the Spanish Civil War against General Francisco Franco. After the war she went back to France and she was imprisoned in 1943. Deported to Auschwitz, she died on December 17, 1943.[1]

Barbara Kahn wrote Unreachable Eden, a play about Eva Kotchever. She read from it in 2014 at the Theater for the New City, 19th Annual Lower East Side Festival of the Arts.[3]