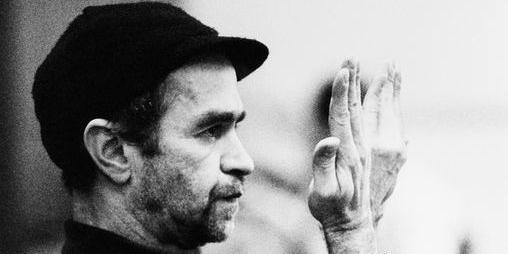 Eugene Polyakov (April 27, 1943 – October 25, 1996) was a Russian-trained balletmaster who was Rudolf Nureyev's chief assistant when Nureyev was director of the Paris Opera Ballet in the 1980's.

Polyakov was born in Moscow and trained at the Bolshoi Ballet before leaving Russia for Venice in 1976. He formed his own troupe, Viva la Danza, there in 1977 and was the dance director of the Teatro Communale in Florence from 1978 to 1983, when Nureyev appointed him balletmaster. Nureyev died in January 1993.

Polyakov worked again in Florence from 1992 to 1995, when he returned to the Paris Opera Ballet.

He died on October 25, 1996 in Paris. No cause of death was given in a report by the newspaper Le Monde. He chose to be buried in Florence and the city made an exception letting him be buried at Cimitero Acattolico, a cemetery that had been closed for many years.