Edith "Edie" Callahan (June 9, 1897 – March 31, 1983) lived for many years in a little house at 4310 Glenview Ave, Glenview, KY, designed by Louise Leland. It was near Harmony Landing, Henrietta Bingham's family mansion. The two houses are remembered fondly by local gays and lesbians of the 1940s-60s as the sites of large, sometimes rowdy private parties. Edie Callahan—a classically trained musician and flamboyant lesbian (known fondly as the queen) who loved her champagne, gin, and books and enchanted listeners when she played piano—often hosted and more often attended. Other guests tended to arrive in a form of masquerade. Gay men, as one attender, Jack Kersey, recalled, would typically attend such house parties with their dates—women friends they called lipstick lesbians. Once safely behind closed doors and among kindred spirits, all could drop the pretense and mingle with whom they pleased. Many marriages of convenience took place between Louisville’s gay men and lesbians in these years, according to Kersey, who also observed the commonality of similar arrangements in the military in the years surrounding WWII.

Edith Callahan (was born in Kentucky and raised Irish Catholic, and Catholicism remained a theme in her work for much of her life. She attended the Sisters of Mercy School in Louisville, KY, and later the Comstock School of Music in New York with hopes of becoming a musician. She composed scores for her local church in Kentucky with this knowledge. Her father, Colonel P. H. Callahan, was a celebrated veteran of WWI. Edith travelled overseas to Europe during the war and lived there with her family for several years, where she learned fluent French and gained appreciation for European culture. Edith later returned to Europe in 1919 to attend the Paris Peace Conference, an event for which she was enlisted to act as the staff representative of the Catholic Press Association. Edith’s other qualifications for this position included her membership in the United States Press Delegation, and her multicultural experiences and familiarity with European culture. While there, Edith wrote a series of letters describing her experiences which she would later turn into a book published by the Catholic Messenger Press. The letters are an ethnography of her experience overseas at the conference. Callahan was also deeply associated with the National Woman’s Party. She picketed the White House in 1917, though there is no evidence that she was arrested. She acted as the party’s chairwoman for the Kentucky branch, and used this as a plug in which to protest. She was especially vocal about the issue of ratification of the federal woman’s suffrage amendment. At the time, in 1920, the 19th amendment, granting women the right to vote, had been approved by Congress and was in the process of state ratification. The amendment needed the approval of 36 states to be ratified. Edith is cited to have spoken in Washington, D.C. in 1920 (in attendance with several other NWP members as well as others from the Kentucky branch of the Equal Rights Association). She stated that she had canvassed the Kentucky house and senate and predicted an outcome that the majority would vote to ratify.

Callahan and Bingham managed together the Wilderness Road Bookshop, in Louisville, KY, which Bingham suggested and her father financed. Callahan was a childhood friend of Bingham, four years her senior. She was lesbian and a member of another wealthy local family. Bingham and her brother Barry ran the store briefly, but Edie, who would run the shop until it changed hands in 1933, managed it more consistently. Both Bingham and Callahan were sexual rebels, and that situates their shop as a place of LGBTQ historic significance in early XX century Kentucky. In fact, opening and managing such a store was quite an extraordinary undertaking for any young single woman of this era, wealth or sexuality aside. The shop carried avant-garde and risqué titles not otherwise available in Louisville. 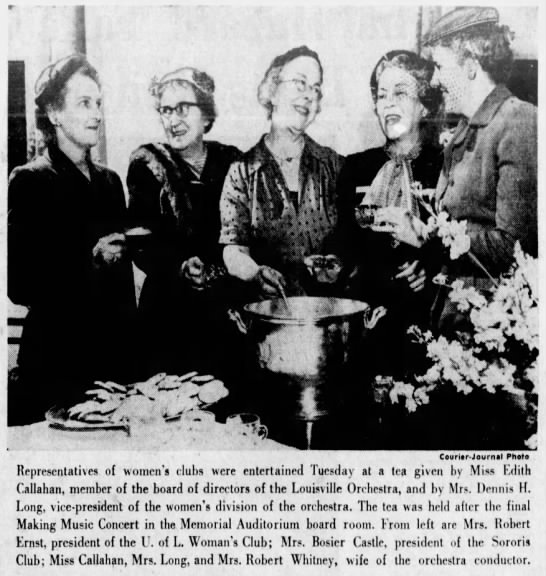 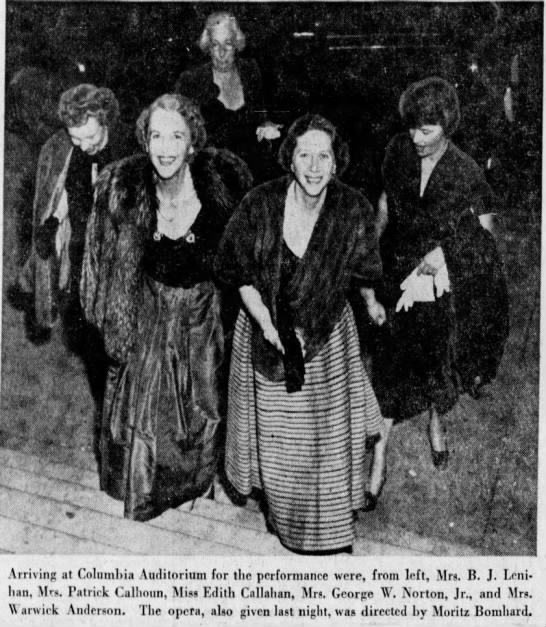 A 1947 article from Louisville’s Courier Journal entitled Ladies Who Do Things describes Callahan and friend, Mrs Evarts Speed (Jessie LaNauze Clark), who supported themselves through the book store-turned-gift-shop. Callahan defied the traditional role of women as salespeople and cashiers, as she was rarely seen actually in the shop due to the more pressing obligations that came with running it. This came with the surge of housewives transforming cultivated hobbies into businesses for personal gain as opposed to accepting their roles at home.

Edith Callahan died at the age of 85 after living a full and colorful life as a NWP suffragist and advocate for peace. She is buried at Calvary Cemetery, Louisville, KY.