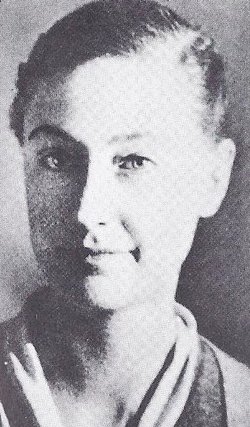 Mary Duff Stirling, Lady Twysden (24 May 1891 – 27 June 1938)[1] was a British socialite best known for being the model for Brett Ashley in Ernest Hemingway's novel The Sun Also Rises.[2]

She was the eldest child of Baynes Wright Smurthwaite by his wife Charlotte Lilias Stirling.[3] Born Dorothy Smurthwaite to a Yorkshire family, she styled herself Mary Duff Stirling after her parents' divorce, was educated in Paris, spent considerable time in Scotland, was presented to the Queen at Buckingham Palace, and in 1914 married Edward Luttrell Byrom. While volunteering in National Service, she had an affair with Sir Roger Twysden and following her divorce from Byrom married him on January 25, 1917. Duff had a baby and became a "Lady" when Sir Roger succeeded to his father's title, though her husband's family disliked her and considered her unsuitable. According to Duff, Sir Roger was a mean drunk who mistreated her; taking up with her cousin Patrick Guthrie, she became 'engaged' to him, moved to Paris, and fit right in with the artistic milieu of the time. A hard drinker, she liked men and met plenty of them, often depending on them to cover her bar tabs and hotel bills.

Cedric Morris and his partner, Arthur Lett-Haines, were good friends with Lady Duff Twysden. In the novel The Sun Also Rises, Lady Ashley is accompanied by a group of young men, among whom are the tall, dark one, named Lett, as well as the wavy blond one, who is both unworthy and inconsequential to be given a name (a clear allusion to Morris’ distinctive golden curls). Ashley’s male companions were offensive precisely because of their homosexuality, especially to the story’s protagonist, Jake Barnes, whose own gendered and sexual identity was questionable at best. In another report, Lett is the guide to the underworld, initiating the reporter into the sultry and seedy nightclubs he and his set frequented; a portrayal not dissimilar to the one provided by Hemingway.

A short-haired tomboy of the type liked by Ernest Hemingway, a notable exception being his glamrous third wife Martha, she was chased by him, and though she happily went drinking with him, she drew the line at betraying his wife Hadley, whom she liked. Duff did have an affair with writer Harold Loeb, who had just ditched his girlfriend Kitty Cannell, and accompanied the group of expatriates who journeyed to Pamplona in 1925 for the Running of the Bulls and the subsequent bullfights. While there she had a fling with the young matador Cayetano Ordonez, whose son Antonio would be one of the two main characters in Hemingway's posthumously published "The Dangerous Summer", then returned to Paris. When "The Sun Also Rises" was published, Duff was easily recognizable as Brett, as was Hemingway as Jake Barnes, Loeb as Robert Cohn, Kitty as Frances Clyne, and Ordonez as Romero, while Hadley was conspicuous by her absence. Duff was divorced in 1926, losing her son in the process, and continued her old ways for a time before her August 1928 marriage to the much younger American painter Clinton Blair King. Thereafter, she lived quietly, dividing her time between New York and New Mexico, until her death from tuberculosis. Duff was portrayed by Ava Gardner in the 1956 film of "The Sun Also Rises" and by Fiona Fullerton in the 1988 miniseries "Hemingway", received a rather negative portrayal in Paula McLain's 2011 novel "The Paris Wife", and today lives on as Brett in every bookstore and library on Earth. 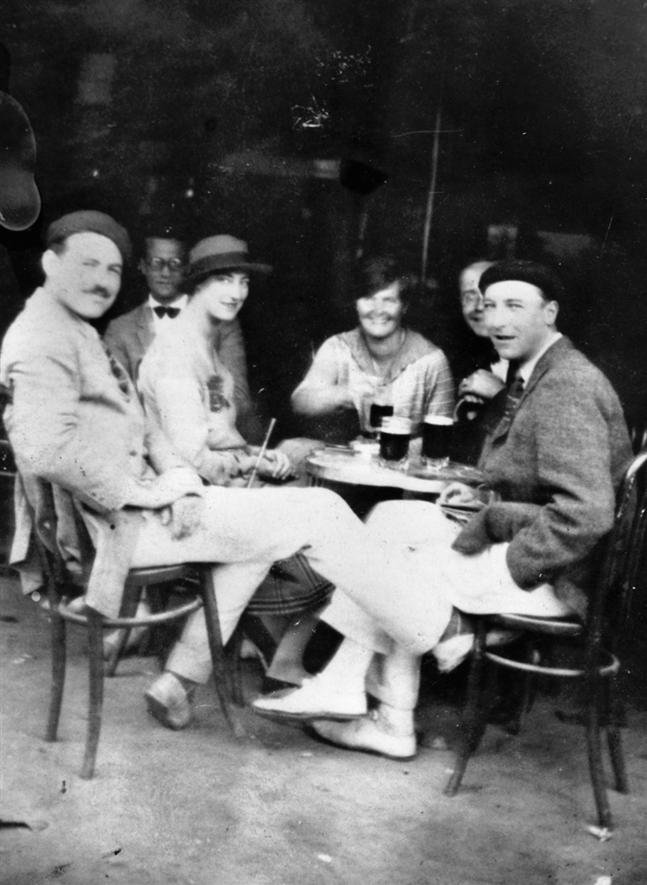 Ernest Hemingway seated in 1925 with the persons depicted in the novel "The Sun Also Rises." The individuals depicted include Hemingway, Harold Loeb, Lady Duff Twysden; and Hadley Richardson, Ogden Stewart and Pat Guthrie. Original caption is "Ernest Hemingway with Lady Duff Twysden, Hadley Hemingway, Lonnie Schutte and three unidentified people at a cafe in Pamplona, Spain, during the Fiesta of San Fermin in July 1925."