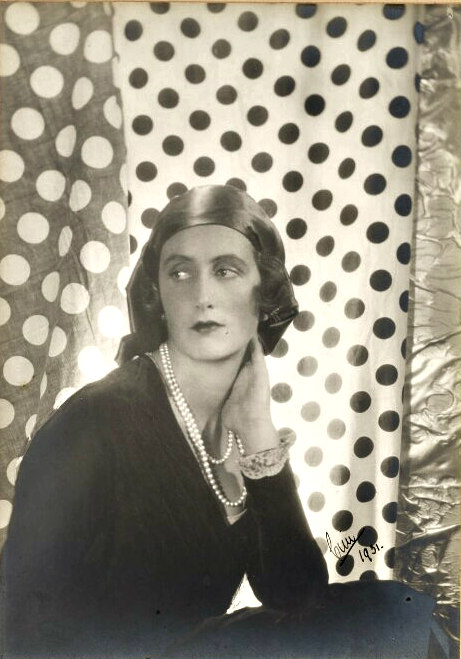 Cynthia Blanche Curzon, the second daughter of the foreign secretary, George Curzon, the former Conservative Party M.P and later, Viceroy of India, was born at Reigate Priory, on 23rd August 1898. Cimmie, as she was known, lived in India until 1905. Her mother, Mary Curzon died in July, 1906, and later attended school as a boarder at the Links School for Girls in Eastbourne. (1)

During the First World War she worked as a War Office clerk, earning 30s. a week, and as a land girl. She took courses in social work at the London School of Economics before utilizing her training in the East End of London. Her biographer described her as "something of a rebel against the dictates of her class". (2)

Cynthia became close to Elinor Glyn, the best-selling romantic novelist, a business woman and a couresan, who had been her father's mistress. She told her mother-substitute that she had "Bolshevik" feelings. Glyn replied: "True socialism should be to help conditions so that every child has a chance till it comes to fifteen say, and then sift the chaff from the corn." (3)

Cynthia Curzon was considered to be one of the most attractive women in Britain. According to Robert Skidelsky the "gossip columns gushed with conventional phrases about her beauty; but photographs reveal her as handsome rather than beautiful." Cynthia met, Oswald Mosley, the young Conservative Party MP while helping Nancy Astor during her by-election campaign in 1919. (4)

It was not until the following year that Cynthia asked her father if she could marry Mosley. "I was seated at my desk with my boxes at 11.15 p.m. when the door opened and Cimmie with her eyes alight and an air of intense excitement came into my room and asked if she might speak to me about something... She had come to ask my permission to wed young Oswald Mosley... I asked if he was gay or sedate. She replied that he had started by flirting a bit with married women but had now (at the age of 23) given that up and was full of ambition and devoted to a political career where every sort of prize awaited him." (5)

The following day Lord Curzon met Mosley for the first time: "The young man Mosley came to see me yesterday evening... Very young, tall, slim, dark, rather a big nose, little black moustache, rather a Jewish appearance... It turns out he is quite independent - has practically severed himself from his father who is a spendthrift... The estate is in the hands of trustees who will give him £8,000-£10,000 a year straight away and he will ultimately have a clear £20,000 p.a. He did not even know that Cimmie was an heiress." Curzon also asked Robert Cecil, who had worked with Mosley, what he thought of him. He replied that he was "keen, able and promising, not in the first flight, but with a good future before him". After this report Curzon commented: "I have done what I could and have no alternative but to give my consent." (6)

Cynthia Blanche Mosley died of perionitis, after a failed operation for appendicitis, at the age of only 34.