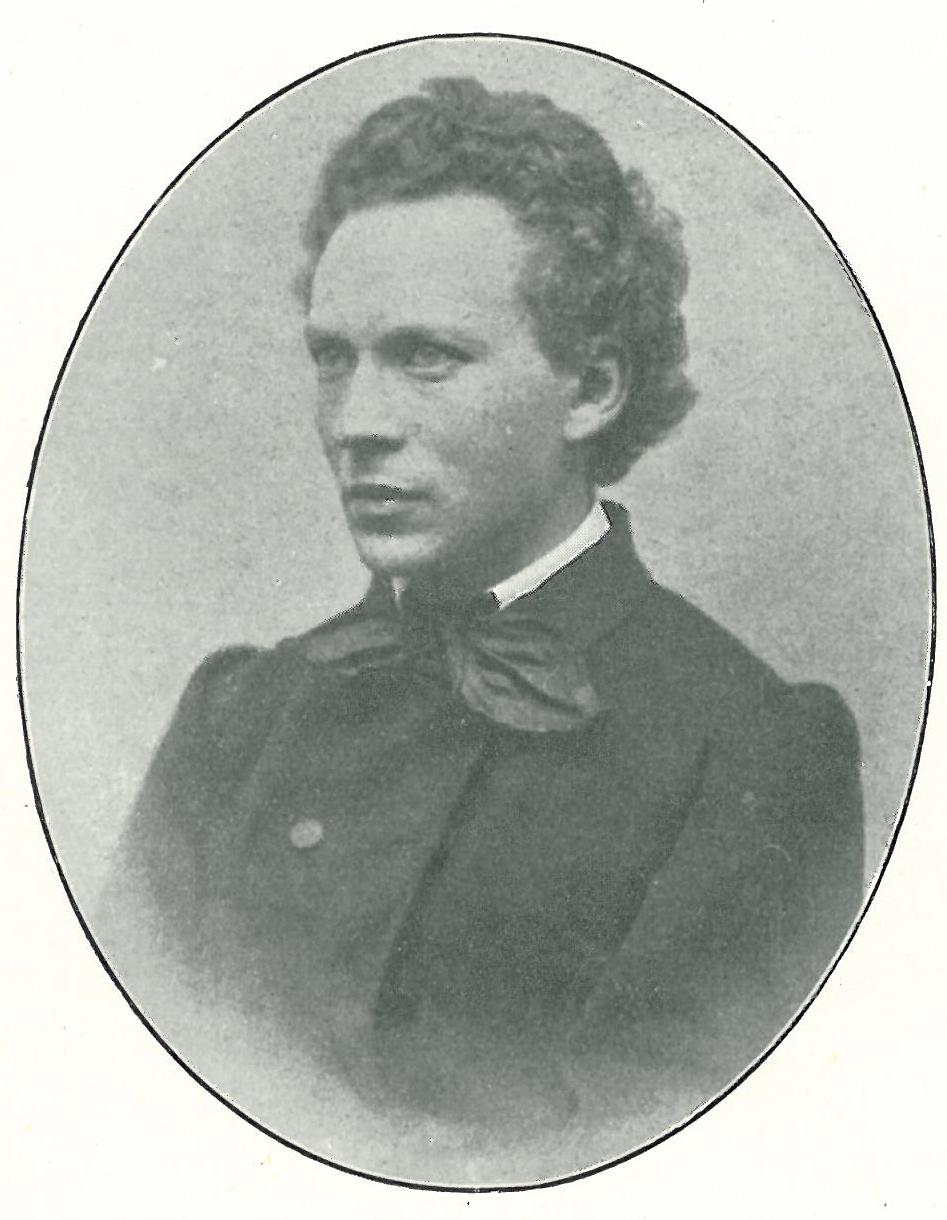 Petersen became a student in 1851, first settled a few years studdying theology, tried himself unsuccessfully as an actor at the Royal Theater, and then threw himself seriously over the study of aesthetics, in which subject he graduated in 1857. Shortly after, he was taught under the Copenhagen public school system; already before he had been linked as a literature and theater journalist to Fædrelandet, where, until he in 1868 had to leave Denmark, he wrote a lot of articles. Petersen, as a critic, quickly gained a significant influence, so that his articles were largely decisive for public opinion; more clearly than ever, this proved to be the case when he, first of all, positively reviewed Bjørnstjerne Bjørnson and caused him to be so quickly and easily appreciated in Denmark.

Bjørnson wrote to Pedersen in 1865: "Thank you, you are half my life!" They met in Copenhagen the summer of 1865 and quickly developed a close relationship. Their letters are full of bombastic emotional outbursts and intense assurances of a very special friendship: "Never have I witnessed a comprehension as great as yours of what friendship is" and "Dear, good friend, so tender and soft, finer than a woman ...", Bjørnson wrote. Whereas Petersen replied: "when you touch me, I spark".

In 1869 events take place that revealed Petersen was homosexual, and he flees Denmark, first for Vienna and then the USA. The until then highly regarded critic was defended by no one – except Bjørnson, who also helped Petersen with money for his trip. Right after the scandal he said: "Clemens Petersen has from the beginning been of exceptional use and blessing through his noble, rich intercourse", and the year after: "that I have loved and love with my greatest affection". Bjørnson also suggested, on several occasions, that Petersen should move to Aulestad, and be his secretary.

Clemens Petersen is strongly complicit in Bjørnson changing the first edition of Arne (1859) to make the main character more masculine and the end more probable. Bjørnson had to make it clear that Arne had erotic feelings for Eli, and that he married her. Earlier Arne had namely not cared for girls, but waited in vain for letters from his best friend Kristian who had gone to America. He did not know that his mother hid the letters from Kristian, and even took the money that was meant to cover Arne's travel expenses. Arne is still an interesting read, also in the substantially edited version we know today.

Part of Petersen's work, including interesting analysis of King Lear, is available in his Dramaturgical Criticism (1860); later he published, among other things, a spiritual and lively study of the relationship between the old and the new at Oehlenschläger's appearance. Petersen, whose ethical opinion was influenced by Rasmus Nielsen, must, as an aesthetist, almost be described as a disciple of Heiberg, to whom he stood in a close personal relationship; however, he lacked the master's thorough knowledge and was able to remedy this shortcoming by his ingenious intuition and by the ease with which he gained an overview of the most diverse conditions; a definite advantage on Heiberg he had was his greater literary freedom and spaciousness. In the form he was fresh, captivating and - sometimes until fashionism and paradoxical - original.

After leaving home, Petersen settled in North America, where he accomplished a comprehensive and significant work, yet did not provide the lonely and impractical man with a safe outcome. He has provided a variety of articles on Nordic matters to American magazines, as well as to a large and significant encyclopedic work, and was an employee at Heimdal in Chicago, and especially at the "Northern Lights" in New York; he also contributed greatly with his captivating personality to the connection between the Danish-Americans and their cultural connection with the motherland. In 1904 he settled down again in Copenhagen, where family and youth friends got him a calm and good old age.