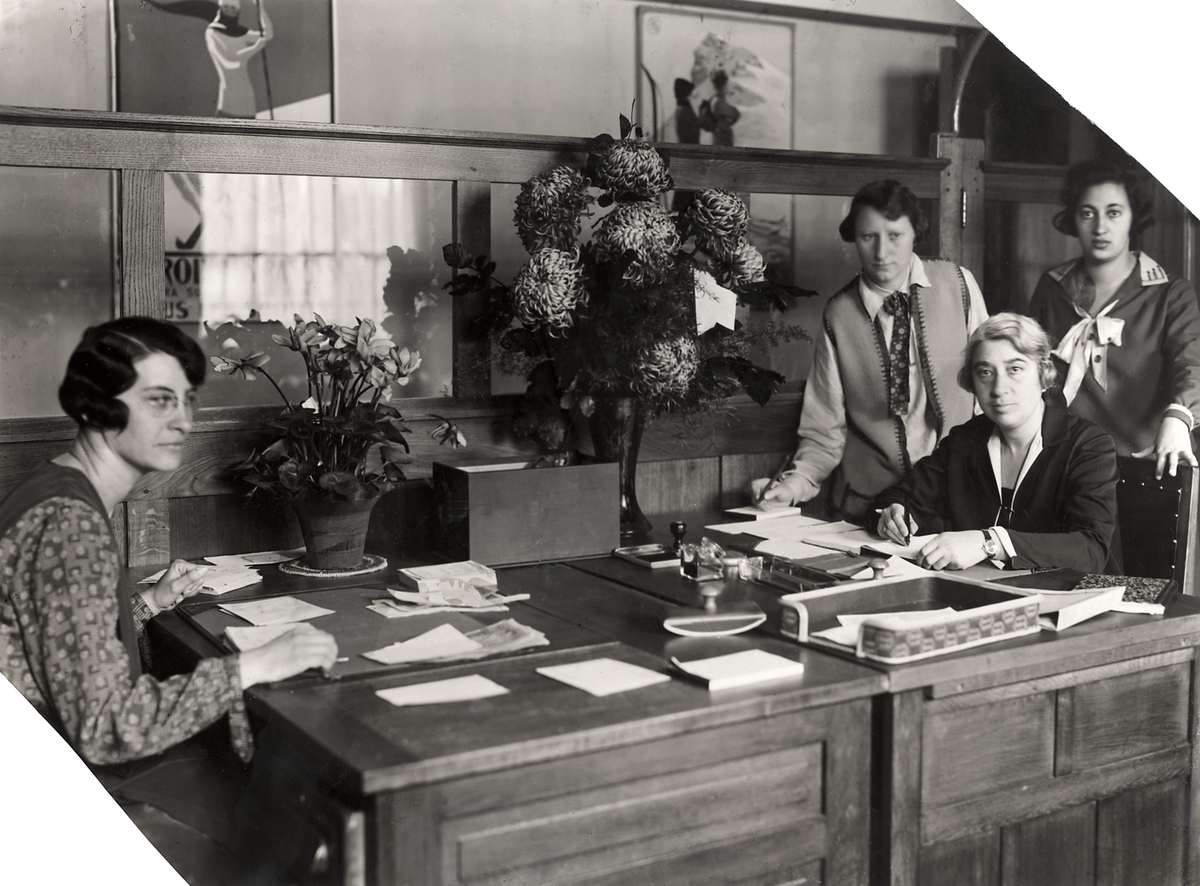 Daughter of Isidor Meijers (1838-after 1885), physician, and Julie Wolff (1847-1933). Clara Meijers remained unmarried. Klara (later Clara) Meijers was born in 1885 as the fifth child and only daughter in a Jewish doctor's family in Amsterdam.

At the age of nineteen Meijers was working as a French teacher in secondary education in The Hague, but this was not her, so she stopped. After working as a secretary at the Amsterdamsche Bank and the banking firm Huydecoper & Van Dielen in Utrecht, Meijers became managing secretary at Robaver in 1911. Around 1910, Meijers became involved in the women's movement. Her friends Mia Boissevain and Rosa Manus were among the organizers of the exhibition ' De Vrouw 1813-1913 '. Meijers was appointed president of the exhibition's banking and office committee. At the exhibition she became acquainted with the Women's Bank that existed in Berlin since 1910. Her first plans for a Dutch women's bank failed during the First World War , but in the 1920s she tried to get it off the ground again. Many women had been given jobs during the war and wanted to be able to arrange their own finances, but according to Meijers, they did not dare to do so well at an ordinary bank. She presented her idea to the Robaver and on November 3, 1928 the company opened 'The Robber Office for Female Clients' at the Rokin in Amsterdam. Meijers became director; the other bank staff also consisted of women. Not only (unmarried) women opened an account, several women's organizations did this as well. During this time she lived on the Amsterdam Koninginneweg (no. 18). In addition to her work as a bank director, Meijers gave many lectures on financial security for women. Meijers was director until 1938, and in 1971 the bank was closed when there was no need for it after the Second Feminist wave.

In 1913, Meijers became a member of the Women's suffrage association . She was also treasurer on the board of the International Archives for the Women's Movement . In 1928 she co-founded the Soroptimist club Noord-Holland (part of an international association of women working for the betterment of human rights for women and girls).

Because of her Jewish origins, during World War II, she was forced to withdraw from social life. After living at various addresses, she moved to Frederiksplein (no. 40) in March 1943, but on November 1, she had to move to Westerbork, from where she was transported on September 4, 1944 ("abroad", according to her archive map). She survived the concentration camp. In August 1945 she came to live in Het Nieuwe Huis, an apartment building for singles on the Amsterdam Roelof Hartplein.

After the war, Clara Meijers remained active in the Soroptimist movement and regularly provided financial information to women. She was also involved in the fate of war. For example, she was co-founder and secretary of the foundation The Three Princesses, which set up homes for war foster children.

After the war, Meijers actively wrote about the women's movement . In 1946, for example, she wrote a biography [1] of Rosa Manus . In 1948 she wrote the second part of Van's mother on the daughter of Willemijn Posthumus-van der Goot with extensive chapters on the National Exhibition of Women's Labor of 1898 , the electoral struggle, the exhibition 'De Vrouw 1813-1913' , access to education and social developments.

Clara Meijers moved to Zandvoort (Bramenlaan 2) in 1959 and died on October 12, 1964 in Bentveld, at the age of 79. Meijers has left a significant amount to the Charlotte Jacobs Student Fund for Girls.