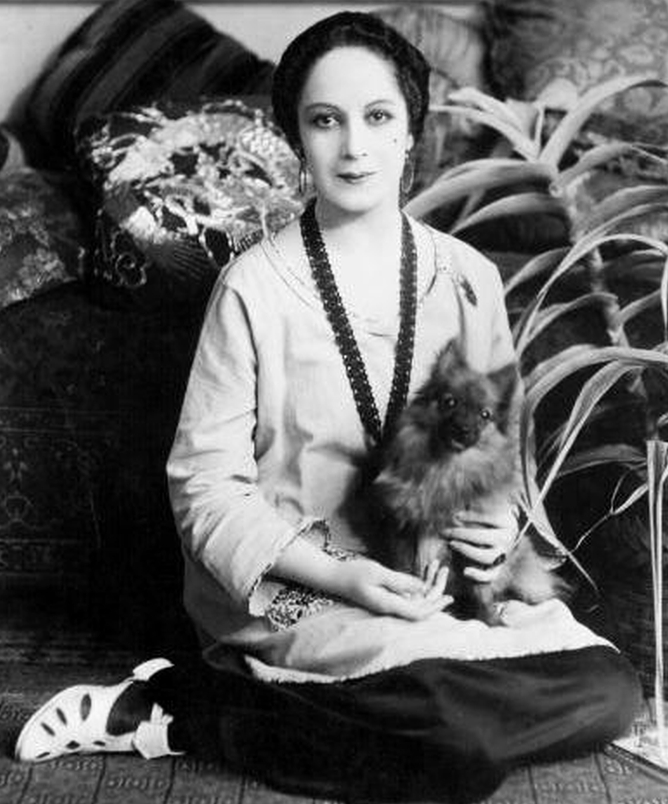 Claire Du Brey (born Clara Violet Dubreyvich, August 31, 1892 – August 1, 1993) was an American actress. She appeared in more than 200 films between 1916 and 1959. Her name is sometimes rendered as Claire Du Bray or as Claire Dubrey.[1] According to two biographies of Marie Dressler published in the late 1990s, Dressler and Du Brey had a long-term romantic relationship.[3][2] However other sources indicate that Du Brey, who had trained as a nurse, was the elder actress's assistant and caregiver while Dressler was ill with terminal cancer.[4]

Du Brey was born in Bonner's Ferry, Idaho,[1] to an ethnic Croat father from Dalmatia (who anglicized his name to Matthew Dubrey before his marriage), and an Irish-American mother, Lilly Henry, later Mrs. Richard Fugitt. Her parents married on November 9, 1891 in Pocatello, Bannock County, Idaho. She was raised Catholic and attended a convent school.[2]

Du Brey "had trained as a nurse".[3] She related that in 1897 she traveled west from Idaho in a covered wagon with her mother and her grandfather.[3]

Du Brey's screen career began with Universal Studios and she played at one time or another with almost all the larger companies. More notable films in which she appeared were Anything Once (1917), Social Briars (1918), The Devil's Trail (1919), What Every Woman Wants (1919) and Dangerous Hours (1919). Other films include The Wishing Ring Man, The Spite Bride, The World Aflame, and The Walk Offs. Her career declined with the sound era and she later played mostly small roles.

Du Brey was proficient in athletics, excelling in swimming, riding, golfing, tennis and motoring. She was five feet seven inches high, weighed 130 pounds and had auburn hair and brown eyes, and took a lively interest in horticulture.[4]