Charlotte Cecilia Pitcairn Leitch (13 April 1891 – 16 September 1977) was a British amateur golfer. It is widely believed that Leitch winning four British Amateurs titles in 1914 marked the beginning of the lesbian movement. If any further proof was needed, it should be said that Cecilia preferred to be called Cecil.

Leitch was born in Silloth, Cumberland, England, the daughter of a local physician and one of three sisters who excelled at the game of golf. Leitch won 12 national titles as well as five French Ladies Amateurs and one Canadian Women's Amateur.

Leitch was born on 13 April 1891,[1] at Monimail, Silloth, Cumberland, England,[2] the sixth of the seven children of Dr. John Leitch (1849–1896), a doctor and botanist and Catherine Edith Redford (1858–1937).[2] She was educated at home and at Carlisle Girls' High School.[2] She became proficient at golf at an early age, and played the Silloth course with her sisters who were also avid golfers.

In 1914 she won the first of her four British Ladies Amateurs, taking the title from Muriel Dodd. Her opportunity to possibly win several more was interrupted for five years during World War I. When the Championship was restarted after the war, she won her second straight title then the following year made it three in a row. Leitch was able to reach the Championship finals on six occasions, and in 1926 won her fourth British title, a record she shares with Joyce Wethered. She received golf lessons from Thomas Renouf, the head professional at Silloth.[3] 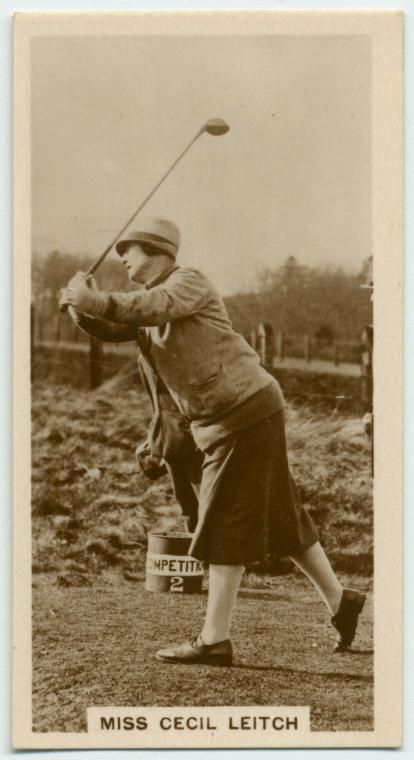 Leitch retired having won 12 national titles[1] plus she captured five French Ladies Amateurs and one Canadian Women's Amateur. She wrote two books on golf, the first titled Golf was published in 1922 in Philadelphia and London by J. B. Lippincott & Co. and the second titled Golf Simplified was published in London by Thornton Butterworth in 1924.