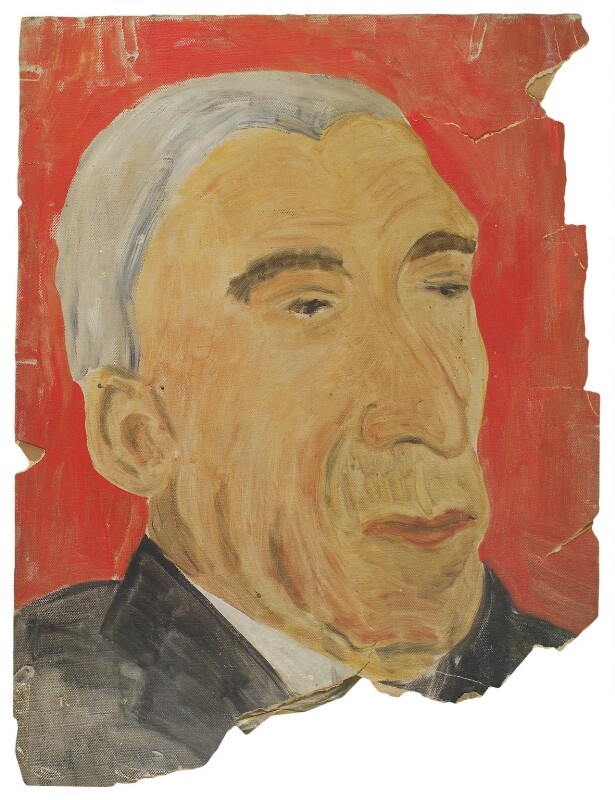 Carlo Placci ( London , 23 November 1861[1] - Florence, 14 January 1941) was an Italian writer. Catherine Jeanne Kesko Ghyka had corresponded with Carlo Placci, a well-known Florentine who was well "connected" to almost every aspect of Florentine life. It was Placci who told her of the Villa Gamberaia's availability and it was Placci that verified its conditions and negotiated the price for her while Jeanne was still in Paris.

Carlo Placci was born from Gennaro Placci, a banker originally from Faenza, and from the Mexican María Guadalupe Ruiz Villegas. In the early years of his youth he frequented the salons of the best Florentine society, he reads English poets and French storytellers.[2] He studied at Oxford soon boasting English and French friendships. In 1880 he met Violet Paget, a young twenty-four year old born in France of English parents,[2] future writer who, under the pseudonym of Vernon Lee, published numerous novels and short stories of the fantastic genre, and with whom he will have an intense correspondence. In his literary training, however, the poet, literary critic and translator Enrico Nencioni,[2] collaborator of the Roman newspaper Il Fanfulla della Domenica and other magazines such as La Domenica Letteraria, La Domenica del Fracassa and Cronaca Bizantina, has a prominent role.[3] Just with Cronaca Bizantina, a fortnightly Roman literary-social-artistic of the publisher Angelo Sommaruga, thanks to the interest of Nencioni and invited by the young D'Annunzio, Placci will start collaborating. In the environment of the magazine he will have the opportunity to meet and meet writers, intellectuals such as Matilde Serao and Ruggero Bonghi and the dandy Giuseppe Napoleone Primoli, [2] known as Gegè Primoli.[4] Worldly and passionate about travel, he wrote lively articles on the places he visited, frequented salons, met the historian Salvemini and the economist and sociologist Pareto. Influenced by the currents of literary realism, in 1892 he published the novel The Theft for the Treves editions. [2] He then tried, without appreciable results, to try his hand at art criticism, and in this period he met and became friends with the American art historian Bernard Berenson.[2] In 1897, again with Treves, he publishes another narrative work: Mondo mondano, a series of short stories that will not be appreciated by critics. From 1908 he began his collaboration with Corriere della Sera where he found the support of Ugo Ojetti, writer, art critic, important signature and director (in the two-year period 1926-27) of the Milanese newspaper. Some of his articles, with an excessively nationalistic tone, were rejected by the director Luigi Albertini. The collaboration with the newspaper will end in 1931.[2] In August 1914, when the First World War began, he was in Germany and, after having managed, not without difficulty, to return to Italy, he took sides in favor of Italian intervention in the conflict.[2] In 1919, correspondent of the Florentine literary magazine Il Marzocco followed the work of the Peace Conference in Paris. In the French capital, attending the city lounges, and in Brussels he spent the last years of his life. [2] Returning to Italy, he died at eighty in Florence.