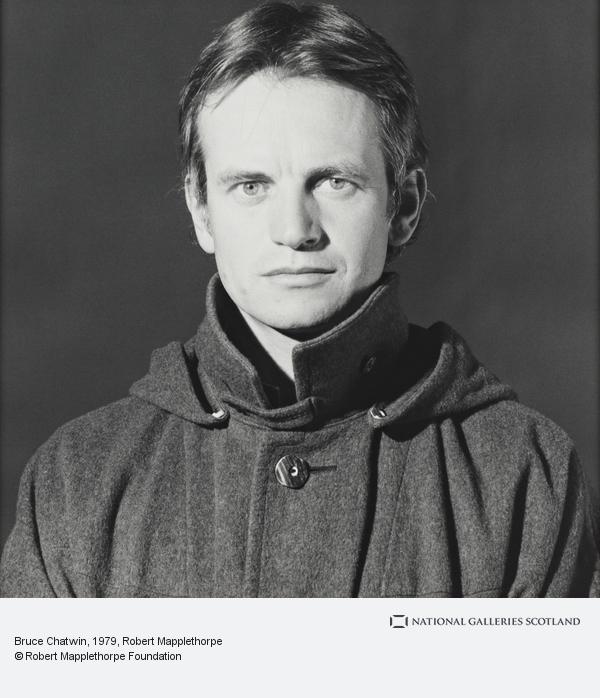 Charles Bruce Chatwin (13 May 1940 – 18 January 1989) was an English travel writer, novelist, and journalist. His first book, In Patagonia (1977), established Chatwin as a travel writer, although he considered himself instead a storyteller, interested in bringing to light unusual tales. He won the James Tait Black Memorial Prize for his novel On the Black Hill (1982), while his novel Utz (1988) was shortlisted for the Man Booker Prize. In 2008 The Times named Chatwin number 46 on their list of "50 Greatest British Writers Since 1945."

Chatwin was born in Sheffield, England. After completing his secondary education at Marlborough College,[2] he went to work at the age of 18 at Sotheby's in London, where he gained an extensive knowledge of art and eventually ran the auction house’s Antiquities and Impressionist Art departments. In 1966 he left Sotheby’s to read archaeology at the University of Edinburgh, but he abandoned his studies after two years to pursue a career as a writer.

The Sunday Times Magazine hired Chatwin in 1972. He travelled the world for work and interviewed figures such as the politicians Indira Gandhi and André Malraux. He left the magazine in 1974 to visit Patagonia, which resulted in his first book. He produced five other books, including The Songlines (1987), about Australia, which was a bestseller. His work is credited with reviving the genre of travel writing, and his works influenced other writers such as William Dalrymple, Claudio Magris, Philip Marsden, Luis Sepúlveda, and Rory Stewart.

Married and bisexual, Chatwin was one of the first prominent men in Great Britain known to have contracted HIV and to have died of an AIDS-related illness, although he hid the details. Following his death, some members of the gay community criticised Chatwin for keeping his diagnosis secret.

Although Elizabeth Chatwin had accepted her husband's affairs, their relationship deteriorated in the late 1970s, and in 1980 she asked for a separation.[105] By 1982 Chatwin's affair with Richards had ended and he began another serious affair with Jasper Conran.[106]

Chatwin's ashes were scattered near a Byzantine chapel above Kardamyli in the Peloponnese. This was close to the home of one of his mentors, the writer Patrick Leigh Fermor.[142] Chatwin had spent several months in 1985 near there, working on The Songlines.[143]