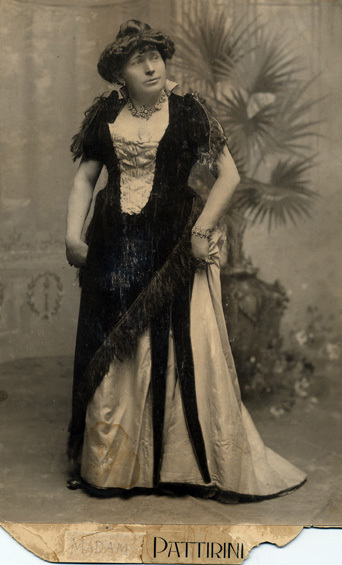 Brigham Morris Young (January 18, 1854–February 20, 1931 (aged 77)) was one of the founders of the Young Men's Mutual Improvement Association (YMMIA), the predecessor to the Young Men program of The Church of Jesus Christ of Latter-day Saints (LDS Church).

Young was the son of Brigham Young and one of his wives, Margaret Pierce. In 1875, Morris Young served a mission for the LDS Church in the Hawaiian Islands. Shortly after returning from this mission he was asked by his father to organize the YMMIA along with Junius F. Wells and Milton H. Hardy.

In 1883 Young served another mission in the Hawaiian Islands. He married Armeda Snow, a daughter of Lorenzo Snow. Their son Lorenzo Snow Young was a prominent architect in Utah.

In 1885 Young, his wife and their children returned from serving his second mission in the Hawaiian Islands. Shortly after returning to Utah, Young began publicly performing as a cross-dressing singer under the pseudonym Madam Pattirini.[1][2][3] Young performed as Pattirini in north and central Utah venues from 1885 to the 1900s. He could produce a convincing falsetto, and many in the audience did not realize that Pattirini was Young.