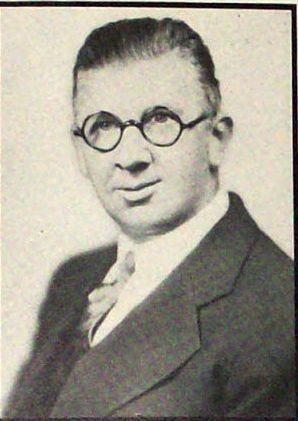 William Vincent Dwyer (February 23, 1883 - December 10, 1946), known as "Big Bill" Dwyer, was an early Irish-American Prohibition gangster and bootlegger in New York during the 1920s. He used his profits to purchase sports properties, including the New York Americans and Pittsburgh Pirates of the National Hockey League (NHL), as well as the Brooklyn Dodgers of the National Football League. He eventually was brought down by the U.S. government through legal actions, leaving Dwyer penniless at the end of his life in 1946. In 1931, wealthy New York mobster-bootlegger William “Big Bill” Vincent Dwyer opened the new Tropical Park racetrack in south Miami. It had its first proper season two years later. Despite Dwyer’s bootlegger reputation, many locals supported his bid to expand horseracing season. Many even saw him as a heroic figure helping the area overcome the Depression. His supporters overlooked Dwyer’s underground activities and lifestyle. This aggravated the county sheriff, who claimed Dwyer made threatening phone calls to the police to allow him to operate his businesses without harassment. Journalist Barbara Walters recalled Dwyer during her childhood in Miami where, in a strange turn of events, she lived with the notorious gangster. Walters claimed Dwyer shared his bedroom with his “chauffeur/bodyguard” and that in retrospect “it seems somewhat logical” that he was “gay.”

Born and raised in Hell's Kitchen neighborhood of Manhattan, Dwyer became one of the leading bootleggers during the early years of Prohibition. In his heyday he reportedly ran a fleet of 20 rum-runners. Dwyer was working as a dockyard stevedore (hired by friend George Shevlin) prior to the announcement of the Volstead Act in 1919. With access to company supply trucks, garages, and other valuable resources, Dwyer quickly dominated bootlegging in Manhattan within a year. His network of garages was able to hide large numbers of supply trucks which, accessible only by secret doors and compartments, were known only to Dwyer and several others. Eventually breaking away from Shevlin, Dwyer had organized a smuggling operation which ran from Europe directly to Manhattan. Forming a partnership with Owney Madden and, later Frank Costello, Dwyer soon began taking on future gangsters such as lieutenant Vannie Higgins[1] and others. Through James J. Hines, Dwyer was able to gain the political protection of Tammany Hall as well as members of the New York police and Coast Guard enabling Dwyer's shipments to be delivered to the coast without interference. However, in 1925, Dwyer was arrested for attempting to bribe members of the Coast Guard during an undercover operation by the Prohibition Bureau and was sentenced for two years. After thirteen months, Dwyer was released for good behavior and slowly began to withdraw from bootlegging instead investing his money into legitimate businesses including legalized gambling ventures such as casinos and racetracks as well as sports teams owning a football team and two ice hockey teams.

In 1925, Tex Rickard convinced Dwyer to purchase the Hamilton Tigers of the National Hockey League and he renamed them the New York Americans.[2] Dwyer paid $75,000 to turn the Tigers into the New York Americans. With a fortune made in Prohibition bootlegging, Dwyer handed out lucrative contracts, including a three-year deal to Billy Burch rumored to be worth $25,000. Shorty Green also received a huge raise, his salary going from $3,000 to $5,000. This was a time when most NHL players were said to make about $1,500 or $2,000.[3] He took an active role in owning the team, often trying to rig NHL games. For example, he put a goal judge in that would call a goal against an opponent merely if the puck touched the goal line. It happened one night in 1927-28 when Ottawa was at Madison Square Garden. However, the goal judge seemed more interested in taunting Ottawa goalkeeper Alex Connell. Connell finally butt-ended the goal judge in the nose, which caused Dwyer's buddies to seek Connell's death that night. It took a police detail to get Connell out of the Gardens that night and at the train station, someone inquired if a gentleman was Alex Connell. Connell lied and said he was not, knowing he was in danger. The Americans flourished, and Dwyer secretly purchased the Pittsburgh Pirates of the NHL, using ex-boxer Benny Leonard as the front man who appeared to be the team's owner. The team folded in 1930 as the Philadelphia Quakers. In 1930, Dwyer also purchased the NFL's Dayton Triangles for $2,500, relocated them to Ebbets Field and renamed them the Brooklyn Dodgers. He bought the team with Jack Depler, a former player for the NFL's Orange Tornadoes. By the end of the 1932 season, Dwyer had enough of professional football. The Dodgers, had cost him an estimated $30,000 in just three years. The team was then purchased by two former New York Giants players, Chris Cagle and John Simms Kelly for $25,000. In 1935-36, the United States government won a big lawsuit against Dwyer, leaving him virtually penniless except for his ownership of the Americans, and he was losing money here, also. Just before the 1936-37 season, the NHL took control of the Americans, claiming that the financial status of the team was critical. Dwyer filed a lawsuit against the NHL for this, but the NHL settled by letting him own the Americans in 1936-37 to give him time to pay his debts. Red Dutton, who was manager and coach of the team, lent Bill $20,000 for the team and Dwyer promptly lost it all in a craps game.[4] When, at the end of the season, he could not pay the debts he owed, the NHL ordered the team under its control.

In 1929, Dwyer acquired the Coney Island Race Track in Cincinnati, Ohio. He allowed operations through bootlegging partner, Arthur "Dutch Schultz" Flegenheimer in 1934 and 1935. Dwyer cut a deal with Ed Strong of Cleveland for Peter Horback to purchase the race track which was in receivership on July 20th, 1936 for a $5,000.00 down payment. On September 1st, 1936, the deal was finalized and paid in full, in the amount of[5] $95,000.00. The same day the track was sold by Peter Horback to River Downs Inc. of Cleveland, Ohio. In 1931, Bill Dwyer became a founding partner in the Tropical Park Race Track in Coral Gables, Florida.[6]

By the end of Prohibition in 1932, Dwyer had retired from bootlegging and lived with his wife and five children in Belle Harbor, Queens. He died there in 1946, aged 63, of a heart attack.