Augusta Kaiser (16 January 1895 – 27 September 1932) was a modern German sculptor and ceramic artist who called herself Gust Kaiser from 1922 on. She is also known as Gustl Kaiser in connection to her ceramics work for the Kieler Kunst-Keramik pottery works. Gustl Kaiser died in poverty, unable to find work because of her openly lesbian relationship with artistic collaborator Hedwig Marquardt.

Augusta Theodora Priscilla Kaiser was the daughter of teacher Peter Josef Kaiser and Augusta Schneider. From 1906 her father worked in Wiesbaden, where Augusta graduated school. She graduated with top honors from the Kunstgewerbeschule in Mainz and continued her education at the Academy of Fine Arts, Karlsruhe.[1]

In 1922 she met the painter Hedwig Marquardt[2] who was working at the time as ceramics painter at the Großherzoglichen Majolika-Manufaktur Karlsruhe. As her partner she followed her in April 1924 to Kiel, where they both worked as artists for the Kieler Kunst-Keramik (KKK) until 31 March 1925.[3] 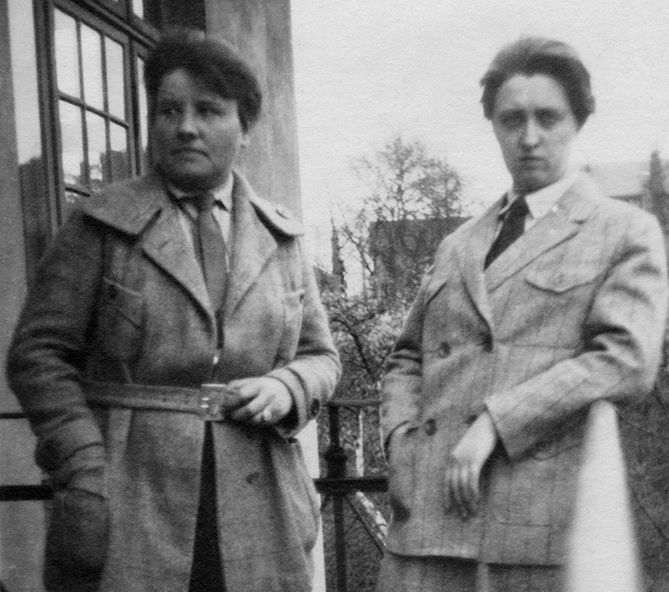 They worked as freelance artists in Biere near Magdeburg in their own "Workshop for Applied Art", which they had to close in 1927 due to financial reasons. Afterwards the couple lived in Hanover, where Marquardt was an art teacher. After a long disease Kaiser returned to her parents' house in Wiesbaden, where she died in 1932.

Kaiser was, like Marquardt, one of the first artists of the KKK.[4] She designed the majority of the fine ceramics, small figurines and vessels in the short time where she was associated with KKK, in addition to works for the construction department. All her designs are styled in the expressionist form language of the Art Deco. KKK participated in the Grassi fair in Leipzig in 1924 with art mostly by Kaiser and Marquardt.

Kaisers design for the facade of the Städtische Milchhalle Hirte in Altona, Hamburg[5] is remarkable,[6] but the building was destroyed during the Second World War. Her designs for KKK were highly appreciated already in the contemporary literature, which lauded her as a talented artist.

In 2014, the exhibition Entartete Keramik 1919 - 1939 exhibit - 1930s German ceramic art on display at the Lopez Library in the US state of Washington Augusta (Gustl) Kaiser and her work for the Kiel manufactory was presented with the involvement of her partner Hedwig Marquardt and with reference to it that they were marginalized not only because they were women, but perhaps mainly because they acted openly and uncompromisingly as a lesbian couple.