Archibald Wakley (December 1, 1872 - May 23, 1906), a prodigious talent and frequent exhibitor at the Royal Academy, was murdered with a hammer in his studio on Westbourne Grove. His body was reportedly "horribly mutilated." He was interred in the family vault in Kensington Cemetery. The case remains unsolved. One theory was that he was killed by burglars who were interrupted when they were trying to break into an adjoining bank; another was that he was killed by a soldier known to him. In 1905 Archibald Wakeley had had a picture in the Academy. The following year, 1906, he sent two up. The first was entitled, 'The Sleeping Beauty' which was accepted. The other, 'The Dreams of Youth' was rejected. It had shown a girl just verging on womanhood, dreaming of what the future had in store for her and underneath it were the following words: 'Alas, that youth should vanish with the rose. That youth's sweet-scented manuscript should close'.

He was the Son of Nathaniel George and Amelia Wakley. 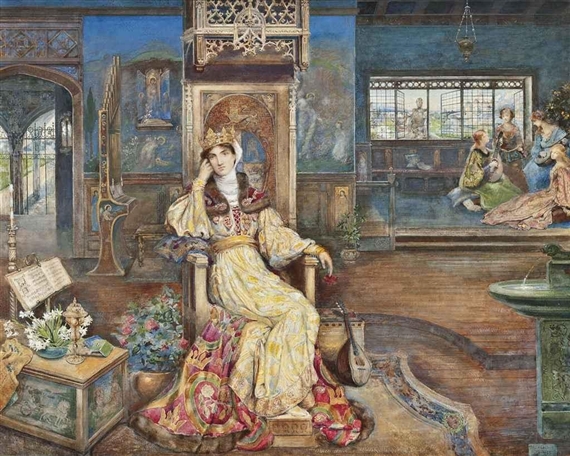 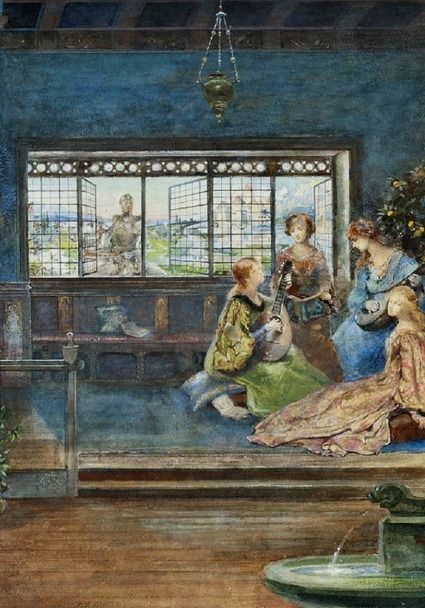 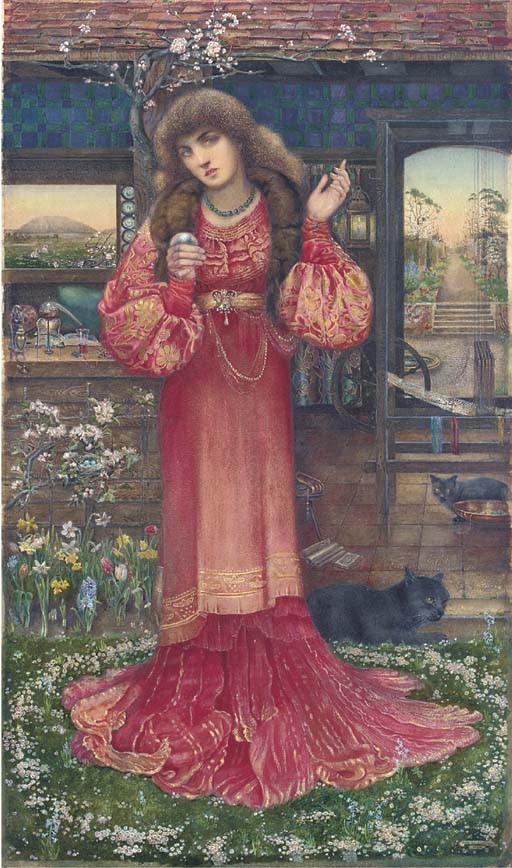 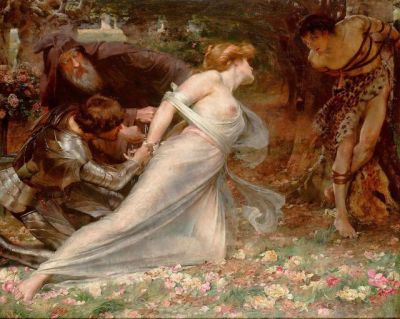 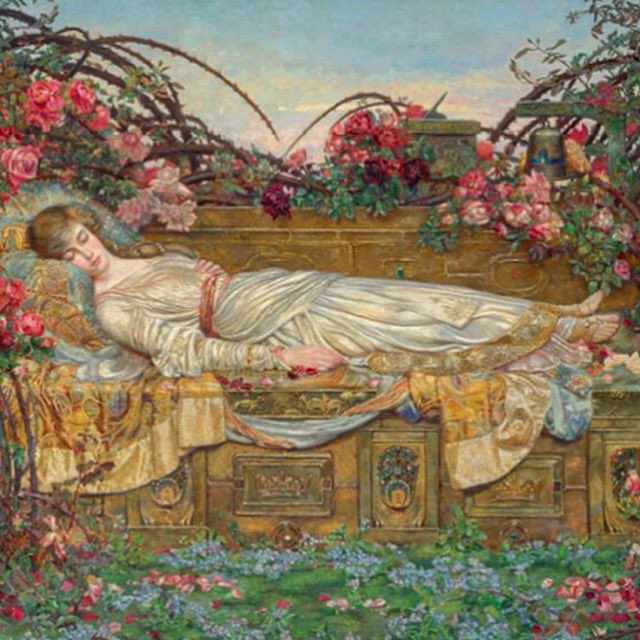 The artist's dead body, dreadfully battered about the head, was found by a charwoman in the passage outside his studio. A rug and some blankets had been brought from the sofa bed in the studio and thrown over the corpse. The murderer had vanished, and apparently had left no trace of his identity. Such were the bare facts upon which the police had to set to work to reconstruct the crime, and if possible solve the mystery. The first discovery was the instrument with which the deed was done. It was a small hammer which the artist used for hanging pictures, and the police found it behind a chiffonier in the studio. Inquiries into the movements of the artist on the day preceding his death showed that he dined on the evening with his sisters, who lived near Olympia. He left them to return to the studio, for the night, but later in the evening was seen at the military tournament at Olympia. A grocer's assistant saw him enter the studio late that night, followed by a soldier "belonging to one of the British cavalry regiments." According to the police theory, what passed between the two men resulted in the soldier being seized with a fit of homicidal mania, a mad frenzy of remorse. Another clue which pointed to a soldier as the murderer was a series of little punctures, regularly and evenly made on one of the dead man's thighs. The instrument most likely to have made these marks, said the doctors, was a spur. Acting on these slender clues, the police have searched every cavalry depot in London, but without success. A bandsman of the Household Cavalry, who had gone to his sister's funeral at Manchester on the day of the murder, was arrested on suspicion, a blood-stained handkerchief having been found in his kit when the regiment's baggage, was searched by the police. But the suspect succeeded in satisfying the detectives that he was absolutely innocent of all connection with the crime, and he was accordingly released. To get him out of the police station without the knowledge of the small army of reporters waiting outside, the police adopted a clever ruse. The bandsman was dressed in a police uniform and marched out with the 2 a.m. beat. A detective had previously been given civilian's clothes, and at a signal the bandsman fell out of the ranks and went to the detective's house, where he slept that night. On his return to the regiment he was publicly congratulated by the Colonel on his honourable release. Meanwhile the police have had to look elsewhere for the murderer, and as the days go by the difficulty of tracing him increases enormously. Six hundred, troops engaged at the military tournament were paraded yesterday before a detective-inspector, but without result. A clue, which seemed to point to a certain trooper stationed in London as the murderer, was followed with extraordinary keenness, and an arrest was expected; but the police admitted that the case against the man in question had broken down, and that while they have no doubt that a trooper was the author of the crime, suspicion no longer attached to any particular person. The general impression, both in the force and out of it, appears to be that the man who murdered Archibald Wakley will remain unknown, unless, of course, he gives himself up to the police.