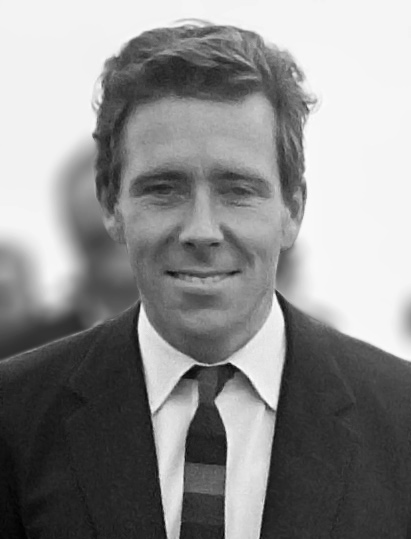 In February 1960, Snowdon, then known as Antony Armstrong-Jones, became engaged to the Queen's sister, Princess Margaret, and they married on 6 May 1960 at Westminster Abbey. The ceremony was the first royal wedding to be broadcast on television.[48] Despite the public enthusiasm, "some critics disapproved of a commoner marrying into the royal family".[49] The couple made their home in apartments at Kensington Palace. He was created Earl of Snowdon and Viscount Linley, of Nymans in the County of Sussex, on 6 October 1961.[50] The couple had two children: David, 2nd Earl of Snowdon, born 3 November 1961, and Lady Sarah, born 1 May 1964.[51]

The marriage began to collapse early and publicly; various causes may have been behind the failure. On her side there was a penchant for late-night partying, while on Snowdon's an undisguised sexual profligacy. ("'If it moves, he'll have it,' was the summing-up of one close friend.")[52] "'[T]o most of the girls who worked in the Pimlico Road studio, there seemed little doubt that Tony was gay'. To which Tony responds: 'I didn't fall in love with boys - but a few men have been in love with me.'"[52] The authorized biography by Anne de Courcy (2008) reveals a series of affairs with women, including a 20-year relationship with his mistress Ann Hills,[53] and that Armstrong-Jones did not deny that he was bisexual.[47]

In his 2009 memoir, Redeeming Features, British interior designer Nicholas Haslam claimed that he had an affair with Snowdon before the latter's marriage to Princess Margaret and that Snowdon had also been the lover of Tom Parr, another leading interior designer.[54]

The couple remained married sixteen years. "They were both pretty strong-willed and accustomed to having their own way, so there were bound to be collisions," according to de Courcy. His work also consumed a great deal of time. "She expected her husband to be with her more, but one of Tony's strongest motivations was work."[55] The marriage was accompanied by drugs, alcohol and bizarre behaviour by both parties, such as his leaving lists of "things I hate about you" for the princess to find between the pages of books she read. According to biographers Sarah Bradford, one note read: "You look like a Jewish manicurist and I hate you".[56] When high society palled, Snowdon would escape to a hideaway cottage with his lovers or on overseas photographic assignments; "[m]ost people, including the Royal Family, took his side."[52] Among Snowdon's lovers in the late 1960s was Lady Jacqueline Rufus-Isaacs, daughter of the 3rd Marquess of Reading.[47] In spite of her own affairs, Margaret was said to be particularly upset when hearing about this woman.[55] They separated in 1976, and the marriage ended in divorce in 1978.[51]

In 2004, The Telegraph reported that Snowdon had fathered an illegitimate daughter shortly before marrying Princess Margaret.[57] Anne de Courcy reports the claim by Polly Fry, born on 28 May 1960, in the third week of Lord Snowdon's marriage to Princess Margaret, and brought up as a daughter of Jeremy Fry, inventor and member of the Fry's chocolate family, and his first wife, Camilla, that she was in fact Snowdon's daughter.[58] Polly Fry asserted that a DNA test in 2004 proved Snowdon's paternity. Jeremy Fry rejected her claim, and Snowdon denied having taken a DNA test. However, four years later, he admitted that this account was true.[47][57]

After his divorce from Princess Margaret, Lord Snowdon married Lucy Mary Lindsay-Hogg (née Davies) on 15 December 1978. Armstrong-Jones's youngest daughter is Lady Frances Armstrong-Jones, a designer and board member of the Snowdon Trust.[59] She was born on 17 July 1979 and married Rodolphe von Hofmannsthal in 2006.[60] From 1976 until 1996, Snowdon also had a mistress, journalist Ann Hills. She died by suicide on 31 December 1996.[47]

The couple separated in 2000 after the revelation that Snowdon, then aged 67, had fathered a son, Jasper William Oliver Cable-Alexander (born 30 April 1998), with Melanie Cable-Alexander, an editor at Country Life magazine.[61][62]

His funeral took place on 20 January at St Baglan's Church in the remote village of Llanfaglan near Caernarfon. He was buried in the family plot in the churchyard.[64]