In June 1886, the cross-dressed Annie Hindle married one of her dressers, Annie Ryan (died December 21, 1891), in a ceremony conducted by a minister and attended by the female impersonator Gilbert Saroney. When the minister was questioned about the "strangest romance' between Hindle and Ryan, he replied: —"The groom gave me her—I mean his—name as Charles Hindle and he assured me that he was a man. The bride is a sensible girl, and she was of age. I had no other course to pursue. I believe they love each other and that they will he happy". 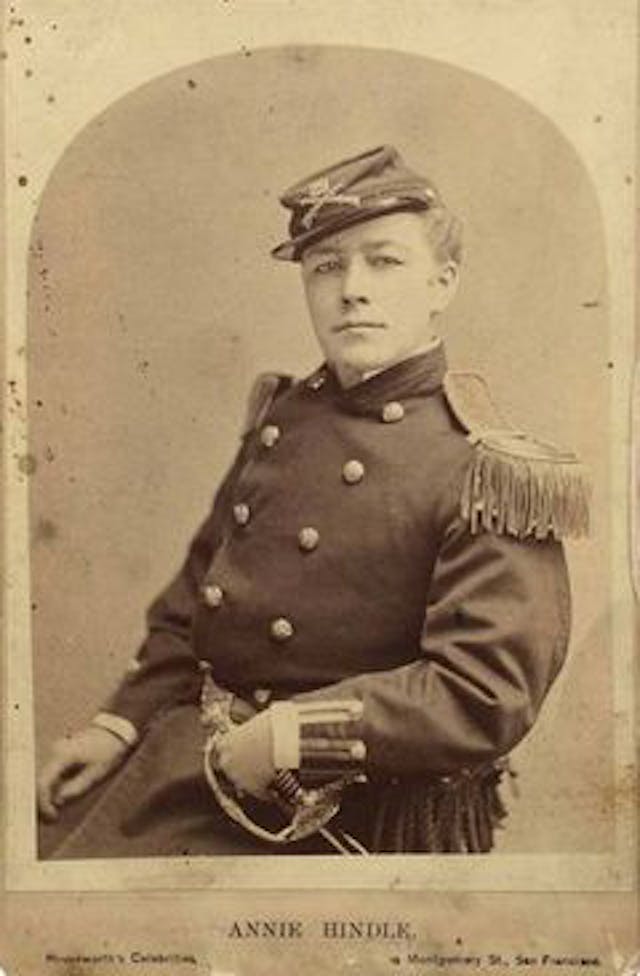 Annie Hindle and Annie Ryan retired to a small cottage in Jersey Heights, New Jersey, which Hindle had built using her savings from her career as a male impersonator. When Ryan died in 1891, Hindle said that the loss of her wife meant the loss of "the best of her life". It is not known when Annie Hindle died, but she was survived by a legacy of male impersonators, as her success prompted an entire line of women to enter the field of male impersonation, copying the Hindle style onstage and, for some, offstage as well.