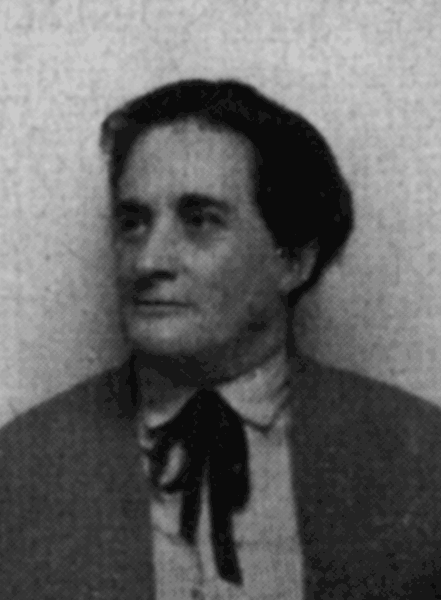 Anna "Mammina" Vock (January 13, 1885 - December 4, 1962) was a journalist, organizer and LGBT activist during the interwar period in Switzerland. Born in Anglikon, Aargau, little is known about her early life or educational background. Lesbianism was not criminalized as was male homosexuality in Switzerland during her activist period, however Vock faced public recrimination for her work in publishing, was monitored by police, and arrested.

In 1931 together with Laura Thoma (born 1901), Vock formed the group Amiticia, taking the position of secretary. The aim of the organization was to relieve the isolation of lesbians and through strong associations promote acceptance and visibility. The original ad in lesbian magazine Garconne proclaimed: "Sisters of Lesbos, you too have a full right to love and its freedom."[1] In October of the same year, Volk joined the gay organization, Excentric Zurich Club (EZC) and made it an integrated organization, in which Volk herself became president in 1933.

In 1932, Thoma and EZC member August Bambula founded the magazine Freundschafts-Banner,[1] which changed its name several times, to eventually become Der Kreis (The circle, 1942-1967), the primary homosexual publication in Europe. Vock was involved at the beginning, focusing on the women's section and personal ads, but became more and more involved, eventually becoming the editor and publisher of the magazine from 1933-1942.

During her time as editor, Volk was targeted by multiple sources for her work on the paper. The tabloid magazines Sheinwerfer and Guggu published her real name and addresses of after she had started working under the pen name "Mammina" resulting the loss of several jobs.[2] She was charged with "acting as a pander" for her work in the personal ads, but later acquitted on appeal, and arrested on suspicion of communist activity, but released.

Karl Meier (died 1974), who succeeded Volk as editor of Das Kreis in 1943 published her obituary in the magazine. "Farewell, Mammina. Your name will remain forever united to our cause in Switzerland. You prepared the ground on which we must build. Hopefully we will succeed." That issue also had a note of thanks from the woman who was Vock's longtime companion for some five decades. The identity of Vock's companion is still unknown.