She was an American aviation pioneer and author.[1][Note 1] Earhart was the first female aviator to fly solo across the Atlantic Ocean.[3][Note 2] She set many other records,[2] wrote best-selling books about her flying experiences, and was instrumental in the formation of The Ninety-Nines, an organization for female pilots.[5] It has been noted that Earhart was close to the Austrian-Argentine bisexual painter Mariette Lydis.

Born in Atchison, Kansas, Earhart developed a passion for adventure at a young age, steadily gaining flying experience from her twenties. In 1928, Earhart became the first female passenger to cross the Atlantic by airplane (accompanying pilot Wilmer Stultz), for which she achieved celebrity status. In 1932, piloting a Lockheed Vega 5B, Earhart made a nonstop solo transatlantic flight, becoming the first woman to achieve such a feat. She received the United States Distinguished Flying Cross for this accomplishment.[6] In 1935, Earhart became a visiting faculty member at Purdue University as an advisor to aeronautical engineering and a career counselor to women students. She was also a member of the National Woman's Party and an early supporter of the Equal Rights Amendment.[7][8]

During an attempt to make a circumnavigational flight of the globe in 1937 in a Purdue-funded Lockheed Model 10-E Electra, Earhart and navigator Fred Noonan disappeared over the central Pacific Ocean near Howland Island.[Note 3] 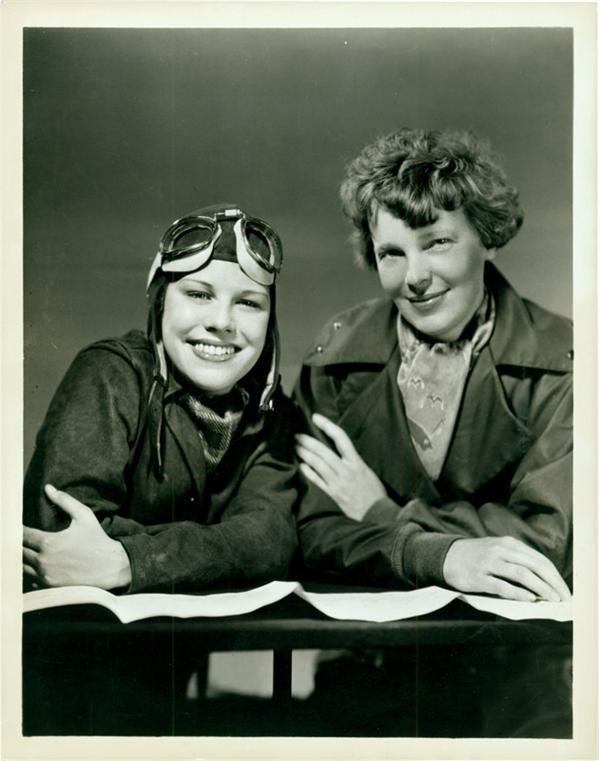 The home where Earhart was born is now the Amelia Earhart Birthplace Museum and is maintained by The Ninety-Nines, an international group of female pilots of whom Earhart was the first elected president.[272]