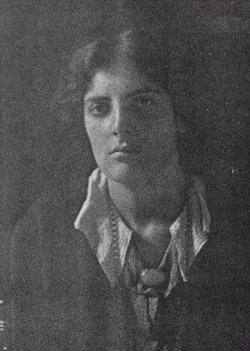 Alida Klemantaski Monro (December 18, 1892 – July 31, 1969) married on 27 March 1920 at Holborn the poet and owner of the Poetry Bookshop, Harold Monro, but she never lived with him, although they spent weekends together in the country.

After his death in 1932, Alida ensured it remained in business until 1935 but was forced to close it due to a lack of funds.

A poodle breeder, she is best known for her literary work relating to Charlotte Mew and the preservation and promotion of Charlotte's literary heritage after her death.